Skip to content
Home | Bangalore | JD(S) rally, the chariot that did not take off

Police said that the rally got cancelled due to a high court order.

The SC Road, Gandhinagara witnessed a thumping atmosphere full of colours and anticipation for the ‘Janata Jaladhare’ rally today. Tribal girls from Ramnagara performed Dollu Kunitha while men adorned in party relics played the drums. They were joined by a transgender person who danced enthusiastically. Narayana Swamy V, president of Gandhinagara Assembly Constituency, Janata Dal (Secular) said that they gathered to celebrate the ‘Janata Jaladhare’ event. Soon after, former Chief Minister and JD(S) leader, HD Kumaraswamy was welcomed amid resounding slogans at the event. Shortly after he reached, he was rushed to the temple where he performed the puja. Then he made his way out of the temple and ascended onto the back of an open jeep—adorned in party relics just like the drummers. Kumaraswamy moved his supporters with his speech but the jeep did not move an inch.

The traffic police at the event said that the rally was cancelled because a high court did not permit it. Deepak, the youth leader of JDS from Gandhinagar said that the reason for the cancellation was bad weather.

At the event, Kumaraswamy talked about the hardships of poor and marginalized people and also raised the issue of the water crisis in the state. He urged that all these issues must be resolved.

“Water is going like anything,” the water resources of Karnataka aren’t being used properly, Narayana said. He added that the water must be utilized in the best way possible for the benefit of farmers and the public. The party has asked to launch multiple irrigation projects in the state to ensure the same.

JD(S) launched its mega water resources campaign, ‘Janata Jaladhare’, last month by holding yatras simultaneously at different places in the state to show its commitment to taking up incomplete irrigation projects. The rath has passed through about 180 assembly constituencies of 31 districts. The party will organize a massive convention near Nelamangala, Bengaluru to mark the culmination of the campaign on May 13, 2022.

Narayana said that the event will start at 4:00 pm and end by 7:00 pm. They plan to perform Ganga Arti which can only be done after the sunset. He added that they are expecting a gathering of about four lakh to five lakh people from all over Karnataka.

Kumaraswamy and Deve Gowda have been visiting and surveying each constituency and the response everywhere has been good because BJP and Congress haven’t been performing well, he said.

“BJP is doing corruption, and communal clashes have increased in their term. People are ready to vote for JD(S). Our party stands for each and everyone. We believe in living together irrespective of caste as we are Indians first,” he added.

Chandrashekhar Reddy, a retired Hindustan Machine Tools (HMT) officer and a passerby at the event said that the party today has lost its prominence. In the recent bypoll elections, the party faced an abysmal defeat. He attributed this to dynastic politics and corruption. He alleged that all these events are a part of a PR stunt and many times people are paid money to attend these events. He also accused the party of bartering money for votes. “They gave Rs. 5,000 per vote in Mandya,” he said.

Shruti, a political expert said that JD(S) is the most prominent regional party in the state. They aim to get a majority by securing 123 seats in the state assembly elections, this might be a far fetched idea but they could act as a kingmaker. In the upcoming assembly elections, there is a high possibility that either Congress or BJP would need an alliance and JD(S) might be their only option. 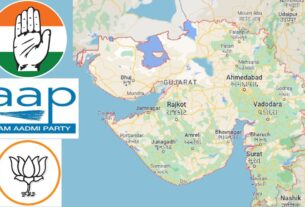 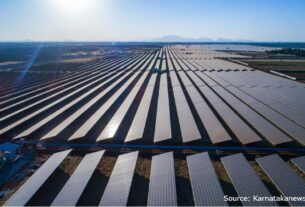 Solar panels yet to light up city colleges