Until the review of the Section 124A of Indian Penal Code is complete, the Supreme Court (SC) has asked centre and states not to exercise any provision of the law.

The Supreme Court on Wednesday passed an order to pause the usage of the sedition law. The states and central government are not to register new cases under section 124A (Sedition) of Indian Penal Code (IPC) until the top court finishes the review.

The order  prohibits further proceedings or investigations of the existing cases under 124A.

Prakash Kumar, a senior journalist with the Press Trust of India, described the apex court’s order as “significant” and said it will come as a relief to many of those facing trial or languishing in jails in connection with the sedition cases filed against in various states.

He said the application of sedition law must be reviewed and necessary changes in its application are brought to ensure that it is not used by the government in states and at the Centre as a political tool to suppress the voices against the ruling dispensation.
The “draconian” sedition law had been brought by the British Government to curb the voices of freedom fighters in 1860.
“But after all these years, it’s still. Many journalists and activists have been booked under sedition law and they are still behind the bars” Kumar said, hailing the apex court order as “a relief” for those facing sedition charges.

Behind the Bar: Arrests of Journalist in India report by Free Speech collective, states that many journalists have been booked under sedition.. Apart from this, Member of Parliament, Navneet Rana and her husband Ravi, Member Legislative Assembly (MLA) were booked under sedition case.

N Sai Balaji, secretary of All India Student Association (AISA) said, “The country (England) which has made the law, itself doesn’t have it. It’s not a law independent India made.” He added that sedition has been used against citizens who are criticising the government so in that sense the order brings a big relief.

The Supreme Court has scheduled the next hearing for the third week of July. 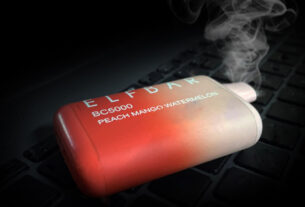