The lack of physical activity and a proper diet among pets during the lock down led to an increase in dog obesity.

Dog obesity has increased by more than 30 percent in comparison to prior years. The latest research states that dogs in overweight condition have a shorter average lifespan (up to 2.5 years) than dogs that are a healthy weight.

Madhu Shree, a pet owner from  Jayanagar, said that when her dog was young, she fed him branded pet food..    However,  he stopped eating and she had to start feeding him herself.  “We were unable to feed him pedigree during the pandemic, so we began feeding him rice and other foods,” she said.

She added that there may have been a few other factors that led to his obesity.

“The doctor came to our house to treat my dog and suggested we feed him less because he is overweight. He handed me a pill and advised to put Pablo on various diet regimens,” she added.

In India, obesity is one of the most common medical illnesses in dogs.  Sixty percent of dogs are overweight and half are obese—they are 30 percent over their recommended weight.

In the United States, more than half of all dogs are overweight or obese. Being overweight puts pets at risk for arthritis and reduces their lifespan, apart from being linked to diseases like   cancers, high blood pressure, and heart disease.

Pruthvi, another pet owner from Koramangala, said that his pet died at just six years due to obesity.  “Myra, my pet, started gaining weight after her pregnancy in 2019. After a few months of her pregnancy, I got her checked by a veterinarian, and she was diagnosed with obesity. Later, as a pandemic happened, we were not able to control her obesity and she died in 2021,” she said.

A spokesperson from Paw Space, a pet-care institute said that every dog needs some training. “Training is required to teach the dogs how to eat a healthy diet. Most dogs have no idea when or how much to eat. It will eat it if you feed it six times a day. Through training, we may teach the dog to manage his appetite and eat at regular intervals,” the spokesperson said.

He said he saw an increase in the number of obese dogs in Bangalore since the pandemic started. “However,   most pet owners do not obtain instruction for their pets because they believe it is unnecessary. Some people believe that dog training is only about following directions, executing a few gestures and feats, or teaching dogs to do their toilet,” he added.

Dr Lohita, Bangalore Pet House, said that dog obesity cases have increased because owners do not take their dogs for walks.  “It      might also be due to the eating patterns. Sometimes we also see a few cases where obesity cannot be treated with exercise, especially cases like morbid obesity,” she added.

She said that obesity can also be linked to the mother’s Deoxyribonucleic acid (DNA).

“Breeders must determine whether or not the dog is obese before breeding. It’s also possible that half of the instances are inherited. Dog obesity has increased by more than 30 percent in comparison to previous years,” she added.   She advised that dogs should have three meals every day.

“During the pandemic, a lack of pet food on the market caused many pet owners to switch to homemade food, which resulted in an increase in dog weight. But to save their pets from obesity pet owners should follow a perfect lifestyle pattern for their pets,” she said. 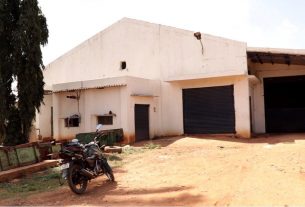 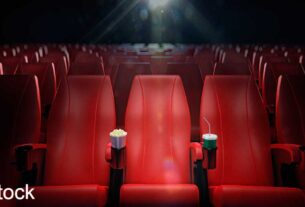