Cyclone is expected to weaken into a deep depression by Thursday night.

Cyclone Asani has caused flooding in several parts of Andhra Pradesh on Wednesday. It is expected to  touch the coast between Kakinada and Machlipatnam, later Wednesday night the Indian Meteorological Department said.

The Andhra Pradesh government has set up 454 relief camps in seven districts which are likely to be affected by cyclonic storm ‘Asani’ in Bay of Bengal. The affected families will be given a compensation of Rs. 2000, an official from Andhra Pradesh Government said.

Guna, a resident of Kakinada, said that it has been raining very heavily since yesterday evening and the roads have been damaged due to this.

He said that various trees have been uprooted and they have been advised to stay indoors. “We got notified through a message that thunderstorms at a speed of 40-60 kmph are likely to take place,” he added, “The sea is raging and coast guards have been placed to prevent the public from accessing the beach.”

“The beach road has been flooded and sign boards have uprooted. Teams on ground are trying to rectify this and we are suggested to stay indoors,” said Ramana Murthy, a resident of Visakhapatnam.

An official from the Andhra Pradesh Government said that rescue operations are being conducted in various places in the state.

Seshasri from the Andhra Pradesh Disaster Management Authority said that since the cyclone is moving along the coast, flooding could cause a lot of damage. He added that clearing the fallen trees is a priority and they have backups for electricity and water supplies.

Winds speeds are at 65 to 75 kmph surging to 85 kmph at the Andhra Pradesh coast till evening. All fishing operations have been suspended.  Seshasri said. “We also have boats in place to evacuate public due to flooding,” he added.

He further said that the APDMA have set up district-wise control rooms and each has been provided with guidelines to follow. They are also collecting data to calculate the damage and also confirming if there has been any causality.

Srinivas, an official from the Kakinada Control room said, “We are waiting for the cyclone to pass the coast. There have been no causalities as of now. We have been instructed to identify such events and inform the respective department to rectify the situation immediately.”

Shiva, an official from the Visakhapatnam Control room said that since yesterday they have responded to multiple tree uprooting complaints. They have been resolved and power lines obstructed by these have also been set up.

“Asani is currently 40 kms away from the Machlipatnam coast and is running along the coast. Parts of the state are witnessing heavy to very rains, we have issued a red alert,” said an official from the Cyclone Warning Centre, Visakhapatnam.

The cyclone would weaken into a depression due to  hot northern winds. The skies would be clear by May 13, he further stated. 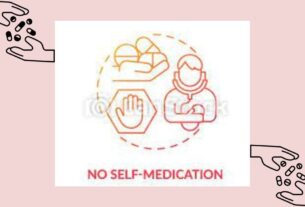 Self-medication on a rise among adolescents