Experts say that this undermines the whole understanding and struggle of anti-caste reforms.

Karnataka State Brahmin Development Board (KSBDB) celebrated the first-ever Acharyatrayara Jayantotsava. They announced many schemes for the community at the event.

Subrayam Hegde, director of KSBDB said that the event has been organized to honour Vedic scholars and great Brahmin achievers from different walks of life.

He said they would be awarding women achievers as well as students in the event. The top three rankers among the Brahmin community of Secondary School Leaving Certificate (SSLC) exams from five nearby districts will be felicitated at the event and would be awarded a silver medal.

Other beneficiary projects for the community were announced at the event. A self-help group for women, a scheme to provide seed money to small entrepreneurs and a scheme to help those interested in buying cows were announced.

“If women want to do small scale businesses like papad making, they can avail the benefits of the scheme. Today we are awarding three women with Rs. 1,00,000 each,” Hegde said.

It is the first such event organized by the board and they plan to organize it yearly. “It’s going to be a permanent feature,” he said.

The event was a celebration of the three Yati Varanyas, Adi Shankaracharya, Ramanujacharya and Madhvacharya. “It celebrates the three acharyas who have contributed to protecting the Sanatana dharma and preserving our religion,” said Hegde.

Karnataka education minister BC Nagesh and Member of Legislative Assembly (MLA) Byrathi Bassavaraj and MLA Ravi Subramanya were among the attendees.

Chief Minister, Basawaraj Bommai was expected to attend the event but instead, sent a video message to address the audience. It is speculated that there might be a shuffle in the Karnataka legislature and Bommai is visiting Delhi for that.

“Our focus is on people from economically weaker sections. Except for our IAS training programme, poorer people from the Brahmin community are preferred,” he added.

He said, “Just like there is a board for Dalits, Lingayats and other backward classes, the Brahmin board of the Karnataka government focuses on the development of the Brahmin community.” The board was established two and a half years ago after the government passed legislation. It is a statutory body in the state of Karnataka.

Jatinder Singh, politics professor at Punjabi University, Patiala said, “The Brahmin board has turned the whole notion of caste, upside-down. The oppressor is acting like the oppressed.”

He added, “The government is after erasing the history and building its own propaganda. They are undermining the whole understanding and struggle of anti-caste reforms. They are trying to show that a particular caste is being victimized but this is not the case. All this is in part with the Hindutva agenda of the current government. Every caste has economical divisions but that cannot be compared with the social impact of caste division.” 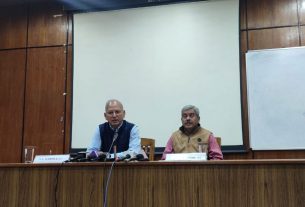