The amendment to the flag code approves manufacture of machine-made polyester national flags.

The change in flag code has brought trouble to the lone BSI Khadi flag makers. K.V Pattar, secretary of KKGSS said that the Khadi Commission has stopped buying flags from them. “We received bulk orders, we started making flags. But now, the Khadi Commission is not honouring the order,” he said. The Gramudyog has to look after the salaries, provident fund and other expenses of 30,000 workers. With already decreasing sales, it has become difficult to pay them, he added.

The Gramudyog used to get orders worth Rs 2.5 to 3 crore before, but now the commission has stopped giving orders and say that rate is more. After the change in flag code, the Khadi Commission will now buy from private companies, he said. “We will go out of business, our livelihood is being destroyed,” he added. The Gramudyog has total unsold stock worth Rs 14 crore.

KKGSS has written a letter to Pralhad Joshi, Minister of Parliamentary Affairs communicating their problem. However,       no action has been taken yet.

By amending (Link please) the 2002 Flag Code of India, the Union government has allowed the manufacture and import of machine-made polyester national flags. Flags made of only “hand-spun and woven wool, cotton, or silk khadi bunting” were previously allowed, and the imports of machine-made flags were banned in 2019.

The Secretary of Khadi and Village Industries Commission said that the khadi flags will be taken for official premises of the government building and there will be no compromise on that. “We have not received any complaint from KKGSS about the procurement of orders,” he added.

Activists have voiced out that the change in flag code is a blow to the symbolism of our freedom struggle. Many citizens have tweeted with the #SaveIndianNationalFlag to voice against the legitimisation of polyester flags. About 5,610 (Hyperlink please) citizens have signed a petition on Change.org to protest this move.

Prasanna K, a writer, activist and founding member of Gram Seva Sangh said that the change in flag code hardly affects the economy, but it is important because the national flag is a sacred symbol of our freedom struggle. The material of Khadi was the fabric of our freedom movement and is a symbol of nationalism. “This move hurts the Indian notion of spirituality and civility,” he added.

Ananthoo, a member of India handmade collective said that the sanctity will now be lost as it was always supposed to be in Khadi. The imports of flags from China that was illegal, will now be legitimized and orders will be given to private companies, he said. “For a ‘nationalistic government’ that is so gung-ho about Atmanirbharta (self-reliance) and Make In India, this move is ironical,” he said. 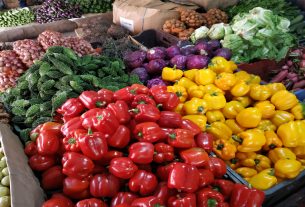 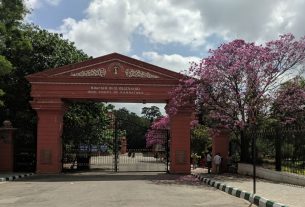