MS Tomar owns a paying guest (PG) accommodation in the Mukherjee Nagar area of New Delhi. His property is among dozens of other PG accommodations that are dotted across the map of the north Delhi neighbourhood. He said his guests come from all walks of life, looking to fulfill their aspirations of joining the most prestigious positions in the government. In more than a decade of running the PG accommodation, he saw many dreams come true, along with numerous heartbreaks. However, everything has changed in the past two years.

As India celebrates Civil Services Day on April 21, CSE aspirants from rural India are facing the grim reality of not being able to pursue their dreams due to pandemic-induced economic burdens.

Drishti Indian Administrative Academy is located a few meters away from Tomar’s PG accommodation. It witnessed a major decline in student enrollments in 2020. Gaurav Bana, the Divisional Head of Drishti IAS said that many students had to drop out because they are ‘not in a financial position to come back to Delhi.’

Arpit Adlakha, the head of academics and administration at Elite IAS had a similar story to share. He said that before the pandemic, they had about 600-700 students per batch. However, when the new course started in July 2020, there were just 32 students. “At present  we have around 250 to 300 students. That’s more than a 50 percent drop,” Adlakha said.

In most academies, the fees are around Rs. 2 lakh for the entire course. Adlakha mentioned that the institute announced fee waivers but many people could not afford to pay even the reduced amount.

Apart from the financial burden, a lack of digital infrastructure also affected the preparations of several aspirants. Adlakha said that they had to mail pen drives, with recorded lectures. He added that they had to begin online classes in July as the preliminary round of the examination was held in October. However, many students could not attend them as their homes did not have electricity for long periods.

Angshuman Raj is an additional collector posted in Madhya Pradesh. He earned the 107th rank in CSE 2019. He did not go to a coaching center but he acknowledged the advantage students might get if they could afford it.

Moreover, Raj said that there is a common notion among people that if someone became an IAS after ‘studying for 10 hours,’ anyone can do it. People don’t consider the social factors at play. “If you don’t have a stable job and if you are responsible for your family, how can you focus on your preparations?” Raj questioned.

Around 10 lakh candidates apply for the examination each year. But only half of them sit for it. Raj said it will be difficult to determine how many candidates missed the exam due to the pandemic as the Union Public Service Commission (UPSC), which conducts the exam, has not done any survey about it yet.

In recent years, many state governments, such as Uttar Pradesh and Rajasthan have stepped up to provide free coaching to economically and socially backward candidates. A few southern states, like Tamil Nadu and Kerala, have been running similar programs for many years now.

Though coaching cannot solve all the problems. Raj said if a candidate’s educational foundations are not strong enough, it is difficult to crack the exam. He said that he knows a night watchman in Madhya Pradesh who aspires to become an IAS. Now he is saving money to go and study in Delhi. “However, the chances of him getting in are quite low because his basics are not strong enough,” Raj said, “I have been fortunate enough to study in a government school, sponsored by the government. Not all people get the same opportunity as me.”

Jawhar Sircar, retired IAS and former chief executive officer of the Prasar Bharati, however, said that the disparity between urban and rural candidates has decreased quite a bit in the last three decades as a result of government initiatives. “We have observed that engineering students got an unfair advantage recently, but that issue has been mostly addressed,” said Sircar.

An IndiaSpend analysis of the data on bureaucrats, compiled by the Trivedi Centre for Political Data (TCPD) at Ashoka University revealed that women have made up only 13 per cent of all IAS officers since 1951. Till January 2022, only 21 percent of the currently serving IAS officers were women.

Raj said that he has noticed parents from economically weaker sections sending their sons to study for competitive exams, even if their sons are reluctant. However, the girls are not given a chance to pursue their dreams. He added, “If I visit a school, girls come up to me and say their parents don’t want to continue their education post 10th standard.”

The Government of India, in a Parliament reply in March 2020 said that it ‘strives to have a workforce which reflects gender balance.’ 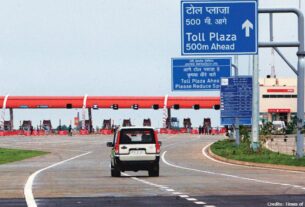