Bengaluru: Football clubs in the country have been unhappy with the AIFF’s     Regulations on the Status and Transfer of Players, 2021. The regulation states that an amateur player can move to a new club at the end of a football season without a No Objection Certificate (NOC). The regulations also allow an amateur to terminate his registration at any time during the season because the contractual obligations of a professional contract are not applicable to an amateur player.

This has led to several clubs with better brand names taking over players from smaller clubs and leaving the smaller clubs stranded.

“We train them [players] for one-two  years, invest in them but suddenly, they leave. The investment goes useless for us,” said  Gautam Debnath, Director of Bengaluru Soccer Galaxy (BSG).He said that amateurs’ transferring to other clubs does not make any sense. “Small clubs generally do better in youth tournaments.”

An amateur player does not get any salary. Players playing in youth tournaments fall in this category. Hence, they do not get a salary either after changing their club.

The players mainly opt to transfer for better opportunities. A former BSG player, Upen Tudu left the club to play in Delhi. He said, “Amateur players generally do not get a salary. But, I want to play for better clubs, and so does everyone.”

Bappaditya Bhattacharjee, founder and director of Roots Football Academy said that bigger clubs pick good players from smaller clubs all the time. “It [changing of clubs] is a part of football. You have to accept it. If a player is getting an opportunity at a better club, he will always want to go. His parents will also be aspirational. But better players get chosen, so their replacement is difficult.”

Debnath explained how the new regulation helps the players who want to move to another club. He said that if the player needs a NOC , the clubs will  talk with each other. “The club interested to take the player will call the current club. We never stop players if they want to leave, but there will be some communication,” Debnath added.

The players, unlike  the club owners, are happy with such a rule. SK. Ejaz, 18, a player with BSG said, “It is beneficial because I can play other leagues if I am getting a better opportunity. If NOC is required, it then depends on the club.”

Tudu said, “I have not faced any issues but I have seen other players facing such issues. Some clubs also ask for money when you want to leave.”

An AIFF explanation letter stated that the rules are framed to protect and safeguard the interests of amateur players considering a majority of them are minors.

“Players are playing either for recreation or to improve their football. As per Indian laws and FIFA laws as well, any player who is not receiving salary is not bound by the club to play for them,” an AIFF official said. He compared the arrangement with an intern who is not paid any stipend.

“Professional players are strictly governed, but they wanted to give more chances to amateur players,” said M. Satyanarayana, Secretary at the Karnataka State Football Association (KSFA).

The KSFA has been considering the problem faced by clubs due to this rule. They are trying to change the rule at least for the local leagues. “We are contemplating the issue and trying to inculcate some time limit like transfer should not be allowed one month before a league,” Satyanarayana said.

If a state association diverts from AIFF laws in state leagues, they are required to intimate the changes made to the AIFF in the annual report drafted at the end of  the year.

He further explained, “If a player is not playing, he should be let go [by the club], but if some clubs try to snatch good players from other clubs, it is not right. If someone is misusing, we will put riders.”

However, the AIFF official said that having a rule wherein amateurs are not allowed to move would be against the law. “If I put a rule in the regulations that an amateur player cannot move out and if the same gets challenged in court, I will lose.”

The KSFA has also highlighted the issue to AIFF and the national governing body might change the rule as well, said Satyanarayana. 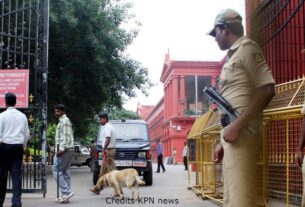 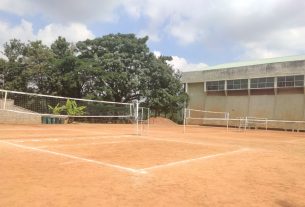 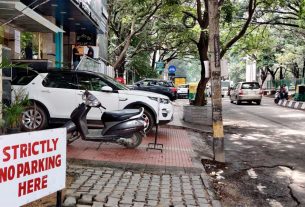