Healthcare professionals say that only the urban areas are driving the growth in preventive healthcare.

Jatin Joshi is a chef. He has a habit to keep of check on his health like he keeps track of the calories in his preparations. For the past six-seven months, he has been using health technology for himself and his mother. The ease of technology has given him unrestricted access to any doctor, anytime and anywhere, said  Joshi. “I use digital healthcare apps to keep  track of my heart rate and sleep, and this is something that I picked up on my own.” In addition to this, even sitting miles away from his mother, he is updated on her heart’s health.

The use of preventive healthcare services has evolved through self-awareness amongst the urbanities, Pratiksha Gandhi, founder, and president, of IPC Heartcare Center LLC, said. She added that the education level in the urban society is one of the key growth drivers for preventive healthcare in India. “Yes, the modern-day patients are self-aware. This has contributed to the growth in this market.”

But Dr. Timiresh Das, co-founder of a business (B2B) health tech company, does not think that people are moving towards preventive healthcare by themselves. “Doctors have been prescribing preventive checkups to their regular patients. So, diagnosis and multivitamins have been primarily adopted by doctors. I don’t think that people are taking it by themselves like the first step is taken by the consumer [sic.].”

A report from Ink42, a startup tracking website, shows that the preventive healthcare market in India is expected to reach $170 Bn by 2025. The primary growth drivers are fitness and wellness apps, and the diagnostics and therapeutics sub-segments.

The Indian market has changed drastically over the last five-six years, especially with increasing start-ups in the healthcare sector. “This has benefitted the doctors and patients both,” Gandhi added.

Das said that a significant growth factor has been the awareness generated by insurance companies, hospitals, and health-tech startups which are focused on the preventive health care market. “The awareness has been built up because of their marketing campaigns. One important factor in the marketing of preventive healthcare services is the lack of strict regulations. It is much easier to market a wellness product, which is not the same with the medicines,” he added.

However, Gandhi explained the pitfalls of self-recommended services/ products. “People think they have acquired knowledge through the internet and social media channels, and end up taking unnecessary supplements.” She continued, “Instead doctors practising integrated medicine should be approached.”

A study from the National Library of Medicine states that about 936 vitamin formulations are available in the Indian market. However, the nutrient profiles of the multivitamin products vary widely. There is a huge discrepancy in the composition of vitamin/mineral supplements.

According to Gandhi preventive healthcare is more for those living in the metro cities like Delhi, Bengaluru, and Mumbai.

People in rural areas are dependent on government hospitals and service providers for preventive healthcare.

Government hospitals have a limited supply of required medicines. “For preventive medicine, people don’t come to you, but you have to actually go to the community to provide awareness about diseases. As for supplements, the government does not necessarily provide those. Instead, most of the nutrition is done through programs like mid-day meals,” said Dr. Sameer Negi, a resident doctor in Mumbai.

He added that people in rural areas depend on healthcare workers to make them aware of the available services. These people listen once you go to their homes, sit and explain.

Though the government hospitals are proactive in providing preventive healthcare. Negi said that the whole department called community medicine or preventive and social medicine is dedicated to it; so, the focus is there, but due to many reasons, the quality of services and products gets affected.

Das believes that the government sector is focused on rural areas but there are some issues that need to be addressed. “Our preventive health awareness programs have been running for a really long time. However, in rural areas, the primary concern is a lack of access or lack of access to quality care which means difficulty in finding a doctor. You will not find the doctors and pharmacists,” he added.

Bhavika, from Jaipur, has been taking health supplements for the last three-four years. She said that when compared to the urban areas, the condition of preventive healthcare is both worse and better. “While the knowledge, awareness and access are low; there is also a lower presence of processed food products, which is a positive thing.”

Das said that there is a lack of trust between both the patients and doctors. “I have seen patients being doubtful of the medicines prescribed to them. Then there is the tendency to give irrational prescriptions; a lot of negative publicity of whether the prescribed medicine is of use or doctors are only interested in making money,” he said.

On the other hand, many doctors are very sceptical about what is being provided in the name of preventive healthcare. Das continued that the hesitancy is due to patients’ tendency to blame the doctors if some medicine/ service didn’t work.

Another issue is the model of our entire healthcare system, which is developed on a curative basis. So, the hospitals don’t look at preventive health care services. There might be a small department in one corner of the hospital, Das added. 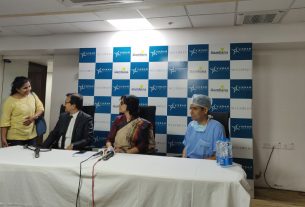 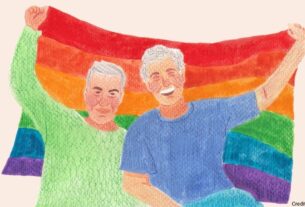 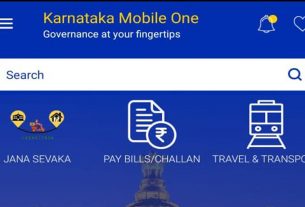