Unable to pay their fees, students find it difficult to continue their education.

Kaushalya and Sangeetha lost their jobs due to COVID. Their children study in a private school and they have not been able to pay their fees. Now the school authorities have informed them that unless dues are cleared, their children would not be allowed to sit in the exams.

Jhansi from the  Slum Mahila Sanghatane, said that private institutions are failing students who haven’t paid their fees. She cited an instance where a first-rank student was failed by the school because he hadn’t paid the fees.

A spokesperson for Actionaid, a non governmental organization said, “They should address the issues at the gram panchayat level.”

Vinay K Srinivasa, Alternative Law Forum, said that the government should conduct public hearings in all districts of Karnataka to see the depth of the issue that has impacted children’s education in the last two years.

Kavitha Ratna from the Concerned for working children,  said that private institutions are asking parents to pay a fee for a transfer certificate (TC). “These students who were not given TC are dropping out of schools and going to work,” she added.

Nandini, another member of  Action Aid, said that there should be a public hearing for the children. She added that parents are admitting their children in private schools as they want their kids to study in an English-medium school.

A press release by ActionAid, Most of the kids who are affected are the first generation in their families to study in English-medium schools.. Parents have taken loans with  interest of 11-12 percent rate to pay the fees for 2019-2020 school admissions.

During the time of school closure, some of the schools did provide online education. However, it has not reached or benefited these children in any

Under the Right to education (RTE) Act, children cannot be failed until class eight. Among them, some parents have been struggling to get the transfer certificates from the schools-but that too is being denied until dues are settled. The schools demand arrears from the last two years (2019–20 and 2020–21) in addition to the current year (2021–22), which can amount to even 80,000 to lakhs of rupees per child, in some cases.

ActionAid also provided recommendations to the government. They said that along with the budget, the government must present a children’s budget to give a more complete picture of the state’s investment in children. Additionally, the government should hold public hearings like this in all districts and the results should be compiled. A special legislative session must be held to address the concerns that have developed and to consider possible solutions. 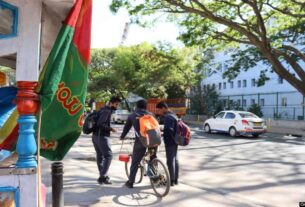 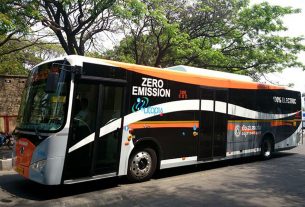 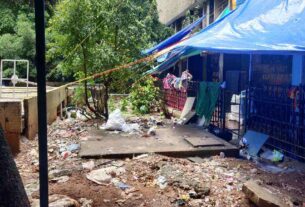