Karnataka currently has only two special children courts with child-friendly infrastructure to deal with POCSO cases.

Juvenile courts in the state are yet to be equipped with child-friendly infrastructure despite guidelines mandated by the Protection of Children from Sexual Offences Act (POCSO) Act.

The Karnataka government had allotted Rs 3crore for conversion of special juvenile courts into child-friendly courts in ten districts of the state, in the 2019-20 budget. In fact, the POCSO Act mandates that child-friendly courts should be set up in all districts to minimise the trauma faced by the child survivor and their family. Additionally, the National Commission for Protection of Child Rights Act (NCPCR) also recommends the setting up of children’s courts in every district of every state.

However, many courts in the state lack such infrastructure, said Athina, a counselor who helps with providing legal justice to POCSO child survivors. The courts do not have any child-friendly room in which the survivor can wait before the hearing. “As a result, the child victim ends up seeing the accused on the premises during the hearing which further aggravates their trauma,” she said. In fact, Section 36 of the POCSO Act mentions that the child is not supposed to be exposed to the accused at any time during the recording of the hearing. However, due to lack of infrastructure, they are called in together, she added.

The NCPCRact says the courts must arrange a separate space and entrance for the child where entertainment and video conferencing are possible.   c,  “They said the area should be adequately furnished and should be a comfortable place,” the rules said.

However, this doesn’t cater to the real needs of the children, said Apoorva, a researcher on child rights and the criminal justice system. The purpose behind making the policies was to ensure that a child feels safe in such courts, she said. “However, the benches inside the court are made of steel and are usually found in hospitals. These are not child-friendly,” she said. Additionally, the definition of child under the law is very broad as it includes the age group from 0 to 18, she said. Separate rooms that have cartoon drawings and toys might not be appealing to those who are above 17 years old, she said. “Such efforts are latent and superficial,” she added.

Reports have also suggested that there are not enough trained prosecutors in Juvenile Justice Boards (JJB), which has resulted in pending cases. “The personnel inside the court treat child victims like a criminal,” said Athina. They are not sensitive to children and do not have a child-friendly approach, she added. Although we train the children as to what to expect from court proceedings, they usually see the court and justice and get scared, she said. “In such a situation, this affects the hearing as the children are intimidated,” she added.

In fact, research has shown that other facilities inside the court have scope for improvement. Most district courts in the country scored poorly on ensuring barrier-free access to court complexes – only 27 percent of them were accessible through ramps or lifts and only 11 percent had washrooms for persons with disabilities.

Additionally, many courts lacked the designated waiting areas for litigants waiting for their cases to be called.  Reports also suggest that around 32 percent  of the 664 districts in the country do not have children’s homes and 27 of the districts do not have child protection units—there are many vacancies in these juvenile institutions.

The whole issue is that there is no set pattern for infrastructure for JJBs, said Vignesh, a judicial officer. “The situation in JJBs which are handled by the Ministry of Women and Child Development (WCD) is worse compared to child protection courts that are handled by the Honourable High Court,” he said. These child courts have been doing well in terms of child sensitivity, however, we have submitted a writ petition regarding the infrastructure in JJBs, he added. 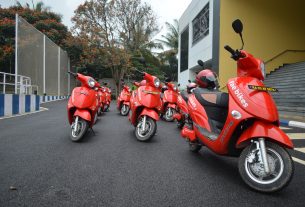 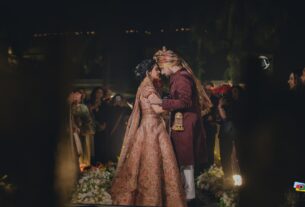 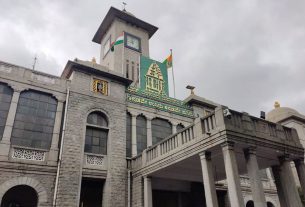