Many Indian tourists are skeptical of visiting Eastern Europe because of the ongoing conflict between Russia and Ukraine.

With the Russia-Ukraine war looming, a drop in flight rates coincided with an increase in newly reported Covid-19 variant BA.2 cases in Europe. As a result of these factors, the tourism industry in Eastern Europe has suffered, with fewer Indians preferring to visit Europe.

Pravin Kumar, a tour operator at Tour Boutique said, “After covid-19, it has been a difficult time and the current war has further affected the bookings.”

She added that they cancelled the plan because of the current Russia-Ukraine war. “We called back our daughter as soon as the college provided the option of online classes. My husband and I dropped the plan as the situation was worsening, so we decided to visit Kahna Kesari, a tiger reserve in Madhya Pradesh,” she added.

Nitish Shastri who works in Tour Boutique said, “Many people think that it’s dangerous to travel to these countries, and so we don’t receive any such bookings anymore. Some people have cancelled their bookings and some have changed their destinations.”

Vivek a software engineer said that he had planned a vacation to Eastern Europe to surprise his girlfriend but had to cancel the plans as the number of covid-19 cases was increasing.

Eastern Europe has recently become a popular travel destination for Indians. The report shows that Indian tourists visiting Eastern European countries have increased as compared to the rest of the continent.

The European Travel Commission’s report on European Tourism shows that in 2018, the number of Indians visiting Eastern Europe has increased.

The number of visas from Eastern European countries like Hungary, Poland, and the Czech Republic to India increased from around 29,000 in 2016 to 48,000 in 2018. According to the Schengen Visa Info, this number dropped by 6385 during the Covid-19 epidemic.

The Russia-Ukraine war has led to many people avoiding visiting central and eastern Europe. Usually, the countries sharing a border with Ukraine are most avoided.

Two months ago on February 24, Russia invaded Ukraine. This invasion has now turned into a war. This war is impacting all the neighbouring countries of Ukraine. The Eastern European countries whose tourism had already been adversely affected by the Covid-19 pandemic saw further worsening. This is further increasing the damage and affecting their economy.

Arundhati Agate, an economics professor said, “The reduced tourism directly affects the country’s income as it has a share in the country’s Gross Domestic Product. Along with this, tourism is a source of foreign currency. If the country’s economy heavily depends on the tourism industry to earn foreign income, then it will severely affect its economy. It will cripple the country.”

She further added, “If we compare it with Sri Lanka, whose entire GDP is dependent on tourism, and as tourism was less due to covid-19, the country didn’t generate any revenue and is now suffering from a severe economic crisis. In Eastern European countries tourism doesn’t contribute a large share of GDP, but if the situation continues, it may also affect it similarly.” 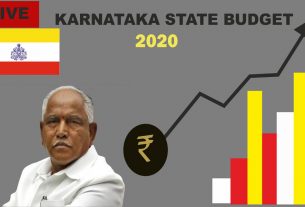 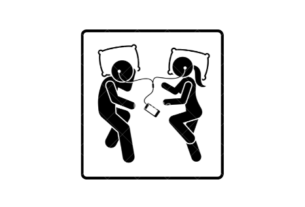