Skip to content
Home | Arts & Culture | To joke or not to, that’s the question

Will Smith slapping Chris Rock for a joke on his wife has left the world divided on the content of comedy, even after two weeks.

In the field of Kannada comedy, Pavan Venugopal is a well-known face. His skits are mostly based on anecdotes that the audience could relate to. But there are a few topics he consciously avoids in his shows. However, he still believes that someone would eventually get offended by his jokes.

Two weeks have passed since Will Smith slapped Chris Rock at the Oscars for making a joke about his wife’s medical condition. However, the controversy refuses to die down.

Venugopal said that whatever happened to Chris was ‘unfortunate’. He added that every comedian wants to ensure that their audience has a good time at their shows. However, a certain joke or comment can always ‘land you in trouble.’ “It is difficult to tell how low is too low, in terms of the offensive nature of a joke.”

“Even if someone does not like a joke,” Venugopal said, “They can always reach out through social media and let us know.”

Though there are different styles of comedy, Indian stand-up comics tend to avoid topics such as politics and religion. Venugopal said that this convention is followed by comedians to not court controversy.

The issue has managed to divide the audience. Sukanya Bhattacharya, a postgraduate student at the Tata Institute of Social Sciences (TISS), said that as a viewer and someone who loves to watch standup comedy shows, she thinks that we need to move on from jokes that attack someone’s insecurity or punch down on their features, like Jada Pinkett-Smith’s alopecia.

Bhattacharya added that such jokes have a far larger and long-lasting impact than just the comedian saying it and their limited audience laughing at it during that time. She said, “It also sends a message that some things can be made fun of, insensitive jokes are well-appreciated in society.”

Bhattacharya gave an example. A few months ago, she was working with a non-governmental organization (NGO) that helps survivors of domestic violence. At one of their camps, she came across a woman who was trying to talk with the members of the NGO. But she failed to communicate. Bhattacharya said that the woman seemed a little ‘paranoid’ but she was clearly asking for help. However, adding much to her amusement, the other members of the NGO were making fun of her.

However, some have spoken in favour of Rock as well. KunjansinhRajput, a student at Symbiosis School of Communications, felt that Smith’s reaction was a bit ‘overboard.’ He said that Rock’s joke was not that offensive to get such a response. He added that the comedians maintain a fine line between what to do and what not to.

He gave the example of the covid pandemic. He mentioned that comedians did not make fun of the patients who suffered at the hospitals, they rather made fun of those who were not following the covid protocols.

Shenjuti Dutta, associate professor of Film Studies at  St. Xavier’s College, Kolkata said that Indian cinema has used physical disabilities as ‘comic relief’ for a long time. She said that this approach de-sensitizes an issue. 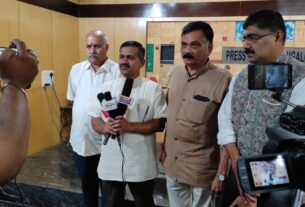 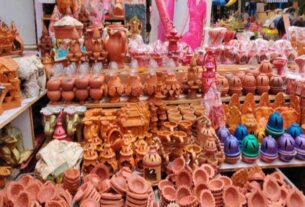