Not even one per cent women are exposed to skill-based training programmes in the state.

A woman in her mid-twenties was sipping her evening tea while talking about her start-up ideas. She was working in a small software company for a few years. But that was before Covid. Currently, she is unemployed but is actively looking for work.

Arpita does not know what women’s technology parks (WTPs) are, and neither do any of her friends. However, she wants to have a business of her own, if possible. “I have some ideas to start a business of my own, but I am not sure of how to. If I get a chance, I would definitely enroll in these programmes,” she said.

Like Arpita, there are lakhs of women from rural parts of Karnataka who aspire to have a business but remain largely unaware of  the ways to make their ideas a reality.

Department of Science and Technology has developed WTPs in India. Science for Equity, Empowerment and Development (SEED) Division has been implementing a scheme for women empowerment through Science & Technology (S&T). The scheme also focuses on the development of WTPs.

The main objective behind setting up WTPs is to impart skill training to rural women. It makes rural women aware how to use technology to improve their incomes. WTPs also provide hands-on training, promote the establishment of micro-enterprises, and ensure value-addition of the products and access to markets.

Currently, there are two WTPs in Karnataka. One is   in Tumkur Districtwhich is run by the Technology Informatics Design Endeavour (Tide) and the other is the Foundation for Revitalization of Local Health Traditions (FRLHT) run by the Institute of Ayurveda & Integrative Medicine (IAIM).

Shashikala, 32, is a resident of Aralaguppe village, Tumkur district. She joined the training program in 2018. The WTP has helped her stand on her feet, “Today, I am able to afford my husband’s medical expenses and daughter’s educationis in the fifth standard,” she added.

Pushpawati who is from the same village said that around 1500 women from her village enrolled in the training programme. Most of these women are learning handicrafts. “I came to know about this women’s technology park when an awareness campaign was conducted in our village, by TIDE,” she said.

The Tumkur district WTP runs a ragi production centre, which produces ragi-based products, such as chips and biscuits. Pushpawati and Shashikala are working at the centre.

Kiran, senior manager, TIDE said that annually more than 500 women are benefitted from TIDE’s training program and now it aims to benefit 1000 women by the next year.

He said that out of all the training programmes, the food-based entrepreneurship program is the most popular amongst rural women as it helps them to start food-based enterprises from home and earn a living.

Also, women who have undergone training at WTP, especially on food-based entrepreneurship have been able to set up their enterprises. Some of them have also formed Self Help Groups (SHGs). “Today most of them have good market reach and also send their products to other states. Last year, out of the total 1500 women trained by them, 50 women have set up home based enterprises,” he added.

Mohd Tarique, Assistant Professor, Tata Institute of Social Sciences said that, “Linkage with the market is as crucial as the skills for production. I am sure that the technology parks are designed accordingly and this is taken care of adequately.  If not, then this is yet another aspect that must be addressed. Further, training on selection of raw materials, especially quality, negotiations for rates and procurements etc is necessary.”

To promote entrepreneurship in the state, the Government has set up five industrial parks for women, said Madhu VS, Deputy Director, Karnataka Udyog Mitra. These are located in Kuduthini, in Ballari district, Gamangattin Dharwad district, Nandurkesartagi Phase II in Kalaburgi, Thandaya in Mysore and Harohalli in Ramanagra district.

Most of these parks have come up between 2015 and2017. “As of now, I don’t think the government has any plans to set up more such parks in the future.” The latest one came up in Harohalli, in 2017.

But this is a small step in improving the livelihood of the lakhs of rural women in the state. Moreover, access to technology, finance and markets; balance between caretaking activities at home and running an enterprise at the same time; and fighting caste-based issues within the community are some of the common and persistent challenges faced by these women, Kiran added.

Tarique said, “Poor access to healthcare severely affects women’s capacity to engage in livelihood activities. Improving access to medical services is necessary for them to have better control over their lives and participate actively. Community practices/ pressures are best resisted when working in groups. Maybe, facilitating the formation of Self Help Groups needs to be explored.”

Based on the 2011 census, the female rural population in Karnataka is 18,539,981. The number of women who take up these programmes is below one per cent. Prita, a computer software engineer, hailing from the rural part of the state said that even though she is working today, she would like to know about these programmes. “I think, it would change rural women’s life for good if exposed to such opportunities,” she added. 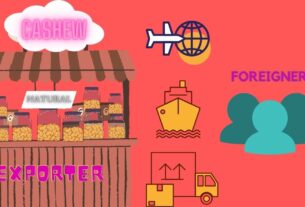 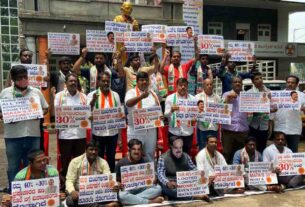 Religious institutes too have to pay commissions

Lung cancer among non-smokers is on the rise