Skip to content
Home | Science | Not fair play: Even after 10 years, video games not inclusive

Karan Vashishta faces many challenges while playing video games as he was diagnosed with the rarest type of color blindness. Even though his favourite game Call of Duty: Modern Warfare 2, has a color-blind mode, he struggles to fully enjoy it. The issue is he cannot distinguish between his teammates’ names mentioned in green and enemy’s names mentioned in red because of the particular type of color blindness he suffers from. This causes extreme confusion and a poor gaming experience.

“Color affects the game-play big time, as colors are used to differentiate various power-ups essential to the players. Gamers with color blindness would find it a bit more tedious to get the exact power-ups they want–a massive game-play issue,” said Yash Agarwal, a pro gamer.

Atharva Panje, a video gamer, mentioned the issues with the current status of inclusivity in video games. “Accessibility is one of the big challenges that the gaming industry faces currently. From color blindness to cerebral palsy, massive strides are being made in the field to ensure that the industry is accessible to all.”

“For gamers with color blindness, a host of accessible features are included in games that help them identify specific things in the game world. These are available in most games on the market today,” said Srinivas Polisetti, project manager at a gaming company.

The color-blind accessibility mode has been a part of most video games for years now. However, it was not able to develop an audience reach or popularity. It addresses a wide audience but does not offer many customizations apart from primary color adjustments, he further added.

Srikara Aniket, a video game enthusiast, emphasized the helpfulness of the existing color-blind mode. “It is an issue that goes beyond customisation options. Certain video games’ cues and clues are indistinguishable by people who have color blindness.”

Srinivas explains how important user experience is for a video game to flourish and be successful. “Game mechanics are progressively getting more complicated, and presenting them cleanly and unobtrusively helps retain the flow of the game.” He added that the core game-play loop introduced in the beginning should be without friction, easy to understand, learn, and, of course, have fun.

“Catering to the disabled has been a big step in the right direction. However, a lot more can be done to make games more accessible to the color-blind,” he added.

He stated that when a person is struggling with differentiating between colors and finding it difficult to play video games efficiently, there is a chance of getting affected mentally. “This can also lead to a gaming disorder, mainly as he would be unable to play the game congruously,” he added.

Aniket emphasized  on the issue of being unable to distinguish between teams. He stated that multiplayer games require keen observation as there is a constant lookout for your team members. Sometimes you are also required to cover for your teammates,” said Aniket.

He further added how color blindness affects multiplayer games. “Sometimes in these games, the enemies can’t be told from team members, and this can hamper the experience drastically, not only for someone with color blindness but also their team members.”

Vijayalakshmi Iyer shares her take on Among Us, a multiplayer game, and how it is inaccessible for the colorblind. “Among Us causes color confusion. The characters are of various colors, but the names of these colors are jumbled by the players. This is a common strategy that is used in the game, which makes it impossible for gamers with color blindness to play the game.”

As a workaround for this, she further stated that gamers with color blindness should have a safe gaming circle with people who understand their needs and cater to them. “I have a friend who is color blind, and we do not use color names at all. It is a rule for us to name ourselves anything apart from colors. But this still causes confusion, as she cannot differentiate between the blues, yellows, and purples in the game,” she added.

Neeraj Borude, a gamer, explains first-person shooting games. “First-person games are shooting games centered on guns and other weapon-based combat in a first-person perspective. The player experiences the action through the eyes of the protagonist and controls the character in a three-dimensional space.”

“First-person games are usually fast-paced, and colors are deemed as an important part of these games,” said Abhinav Singh, a gamer. He went on to add that in such games, colors usually direct a player to important parts of the game and also give subtle clues about the characters and their world. When used properly, colors set the tone of the game and tell you where to go.

Yash added how important color experience is for first-person shooting games. “With all the customisation options available for the player’s appearance, gamers with color blindness have another disadvantage. In instances where these modified appearances can be used to hide amidst a similar-colored environment, they become vulnerable in the game.”

Aniket mentions how he feels about the video gaming industry’s moving towards color-blind inclusivity. “Overall, it is a good move by the industry to be more accessible, but color blindness is still one of the major roadblocks for the industry.”

Praneet Sharma, an employee at a gaming company, emphasizes on how video game developers can’t cater to all needs. “Apart from colors, there are various elements in a video game that a person can follow and play. Visuals are a part of it but there are other elements too, which add to a gaming experience. The color-blind mode is the tip of the iceberg. The gaming industry is working towards improving its experience and is currently believing in leaving no man behind.”

“Color blindness is hereditary and the gene is carried by the second daughter in the family.  Her first son is usually the one to get affected next. There is a pattern to how it affects someone,” said Laya Krishnan, an eye doctor.

“Every person who is affected by color blindness has different levels of color tolerance. And when it comes to customizations in video games, they can only support them to a certain extent as it is impossible to introduce completely color-blind-friendly games,” she added. 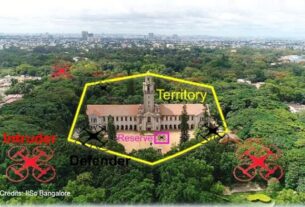 IISc has a DREAM to protect airspaces 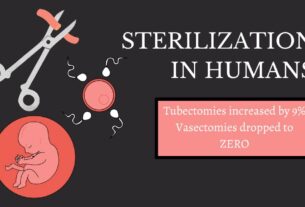