The Quebec Court has given students an option to reapply for admission in these colleges but students say they require time and money that they don’t have.

Bengaluru: Happy Sandhu always aimed to make it big in life—when he enrolled in M College in Canada, he thought his dream was inching closer by the day. He would leave Punjab and study in a totally new country from January 2021, but to Happy, it was worth it. That was until the Quebec Ministry of Higher Education decided to investigate 10 Canadian colleges—this halted admissions, study permits and foreign visa applications. Hope seemed to come as the suspension was lifted soon. But in September 2021, the Canadian Embassy denied Happy’s visa request, putting him in a tizzy. He is still waiting for his refund of Canadian/ Can $15,000 (Rs. 9 lakhs).

Happy’s M College in Montreal, CDE College in Sherbrooke and CCSQ College in Longueuil declared bankruptcy and were shut down in February 2022.  Like Happy, 502 other students, mostly Indian, visas were also rejected and they are now waiting for a refund since 2021 from these three colleges.

Sukhraj, a committee member of the Canada-based Montreal Youth Student Organization (MYSO), said that all 502 students have paid Can $14,000 – 16,000 depending on the course they have chosen at the time of admission. 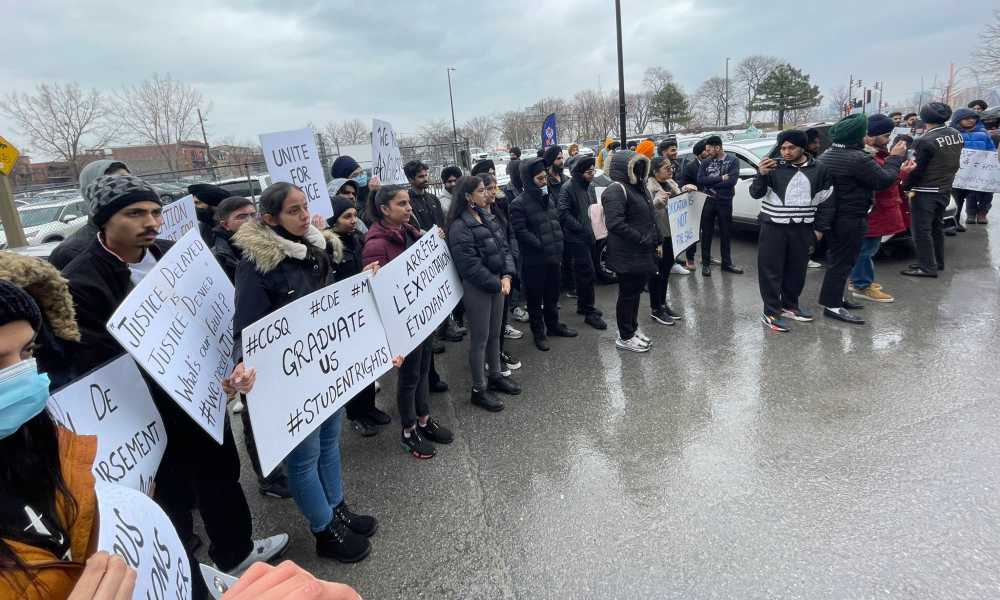 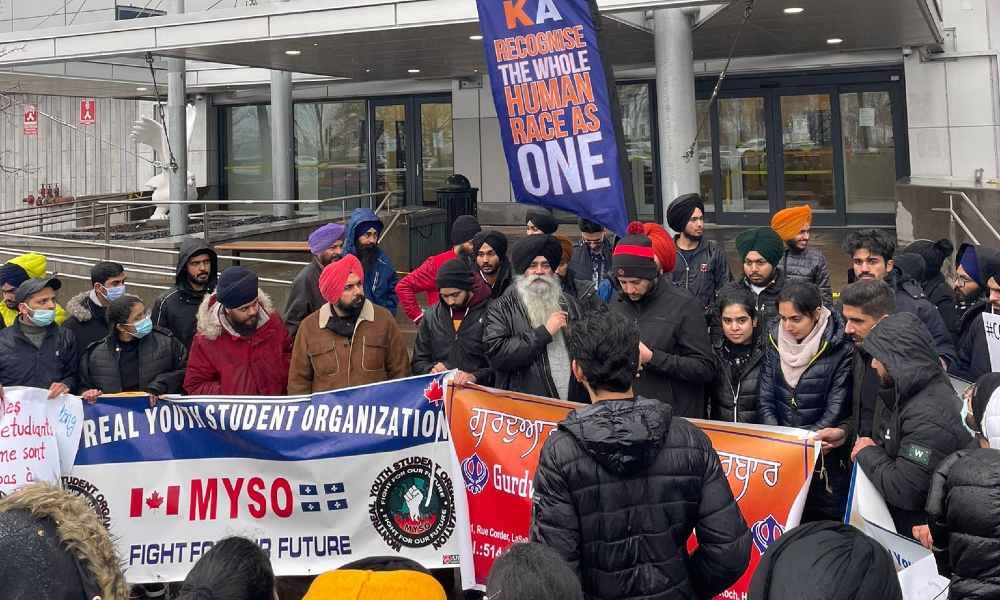 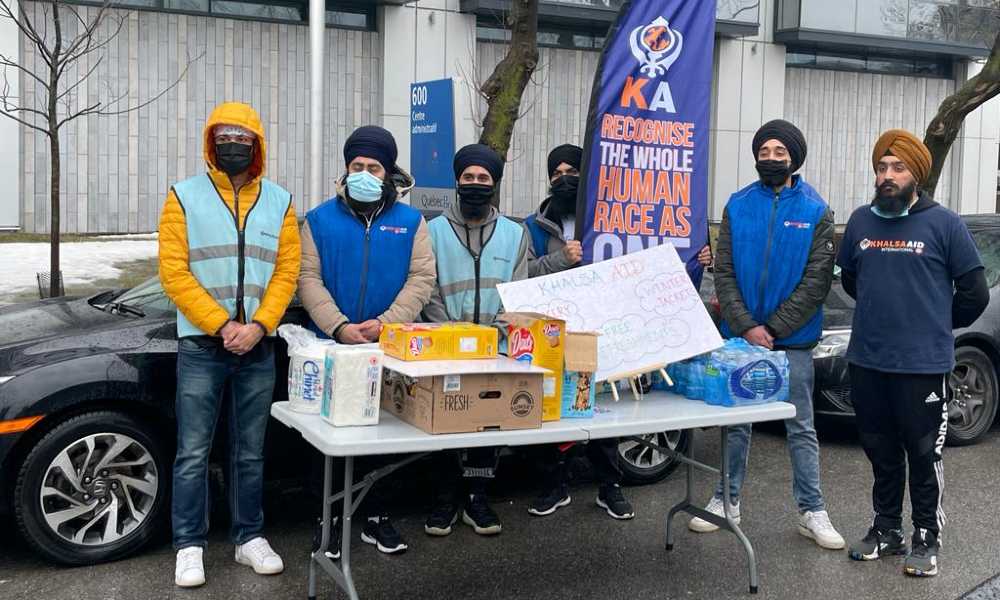 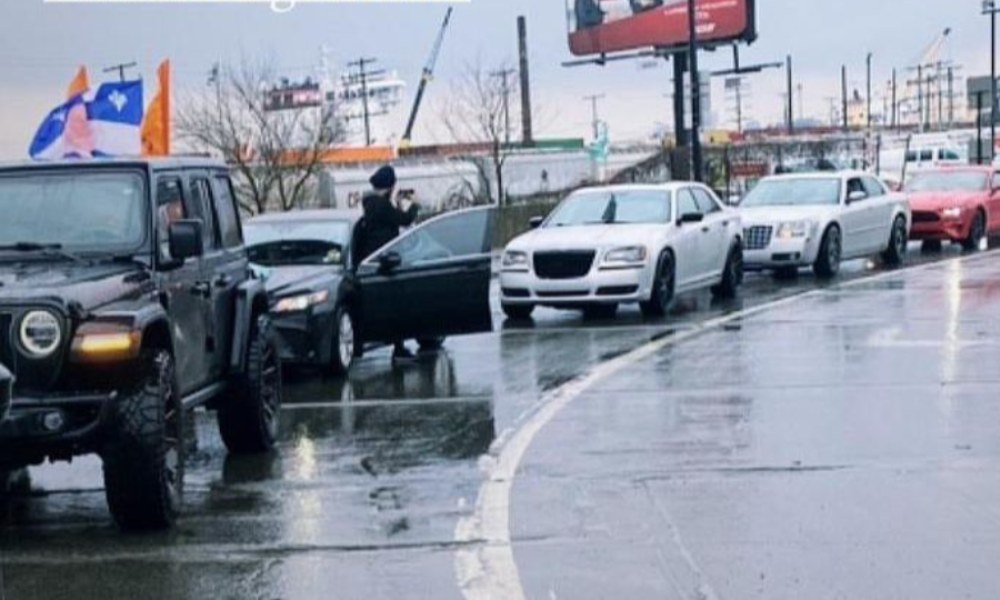 More than 2000 students could not graduate when the three colleges shut down. People protested in Canada and India—the Superior Court of Quebec then stated that classes would resume on March 23, 2022.

Ritcher Inc. is a business advisory group that was appointed by the Superior Court of Quebec to monitor this case. Deepak Sharma, a committee member of the India-based Indian Montreal Youth Student Organization (IMYSO), said that Judge David Collier took the advisory group’s suggestion—he has given an option to the 502 students to reapply to the colleges.

Deepak said that students do not want to reapply. “Firstly, the International English Language Testing System (IELTS) of most students has expired so students have to pay Rs. 15,500 for the test and then wait for the result. Secondly, they have to apply and wait for a Visa, Guaranteed Investment Certificate (GIC)and Certificate of Acceptance of Quebec (CAQ) again. Applying for GIC requires submission of Can. $ 10,000.” He added that the students fear that their visa requests will be rejected again. “This all will cost students both money and time which they don’t have at the moment,” he said.

The problem is worse for students who have taken loans. Deepak said that students who took bank loans have been paying interest every month for the past two years. “Many households are giving up a large part of their salaries to pay up loans and interests,” he added.

Nicholas Alevras is an assistant lawyer at McCarthy Tetrault, a law firm that is representing the students. He said that Ritcher Inc. plans to sell the college owners’ assets to repay the lenders. However, he added that students will only get a part of the refund.

“The maximum they would get will be from Can $ 5 to $ 500 which is a really less amount for what they have paid,” he said.

Colleges hesitant to dole out refunds

Just like Happy, Avneet Modi was another student from Punjab who enrolled in M College. But she decided to withdraw her enrollment after a delay in her visa process due to investigation. But M College told her that if she did that, she would only get half of the refund. But now her visa has been rejected and she has not got any part of the refund.

Avneet’s father Amarjeet Singh said that many students in 2021 got an Approval-In-Principle Study Visa (AIP)—they had online classes but later their visas were rejected.

Avneet added that M College emailed students waiting for refund—the college said Ritcher Inc. would monetise its assets to initiate a refund process for the “best possible outcome” for the students.

But students feel like they have been left high and dry.

Akshay Arora, a student and committee member of IMYSO, said that their student organization has held protests, meetings and press conferences in Ludhiana and Chandigarh in Feb. 2022. 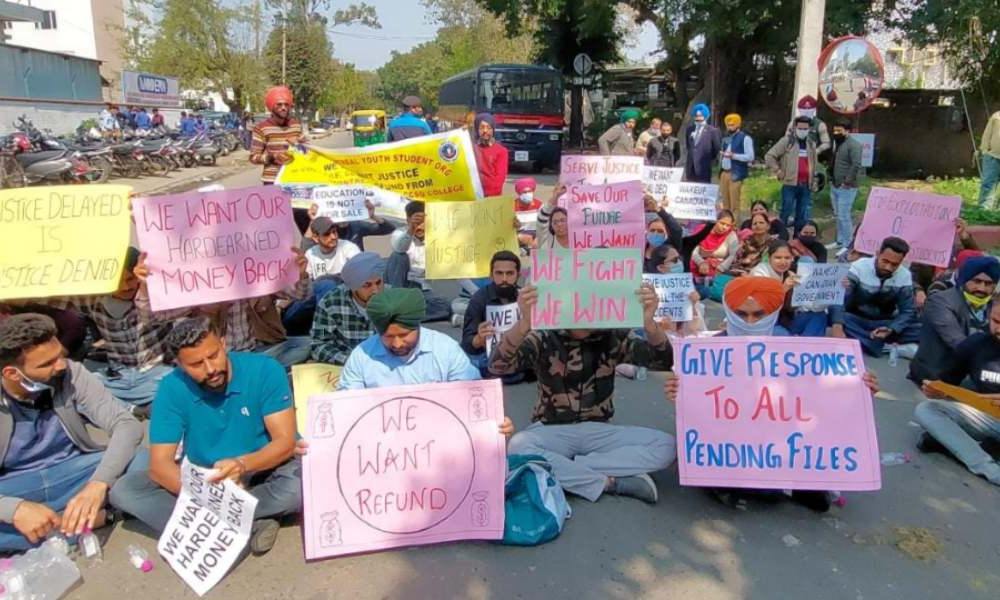 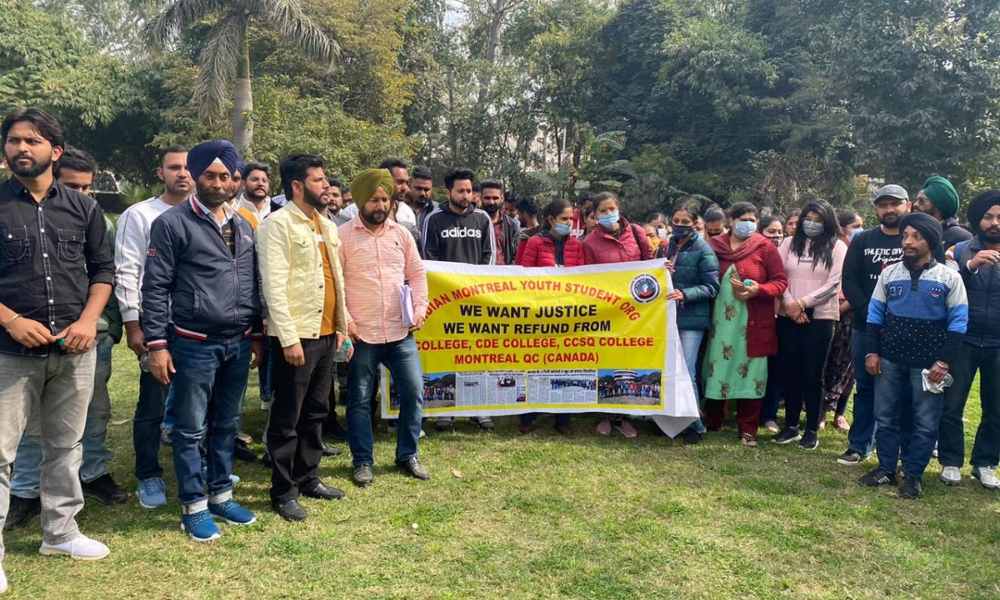 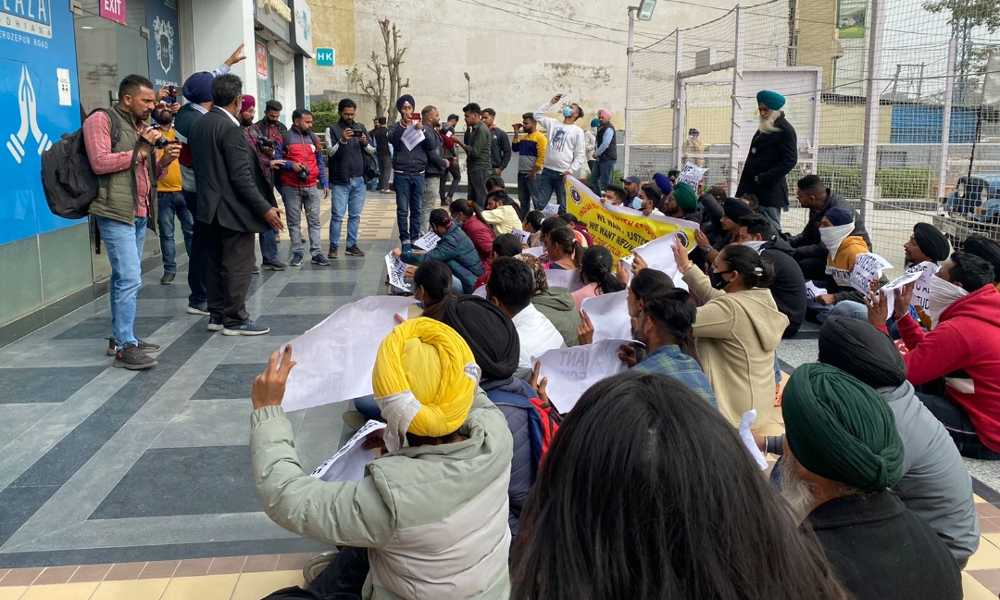 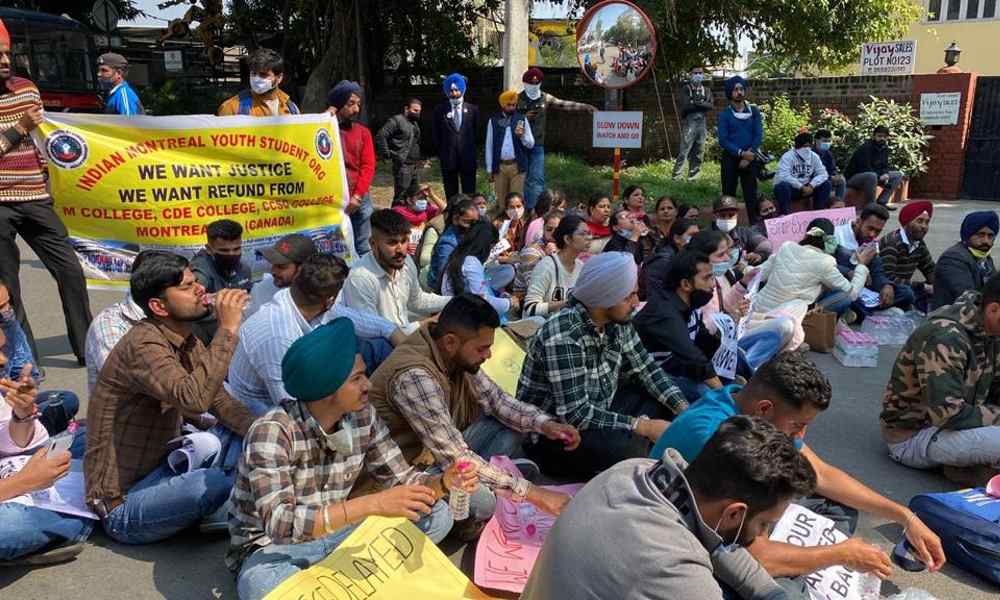 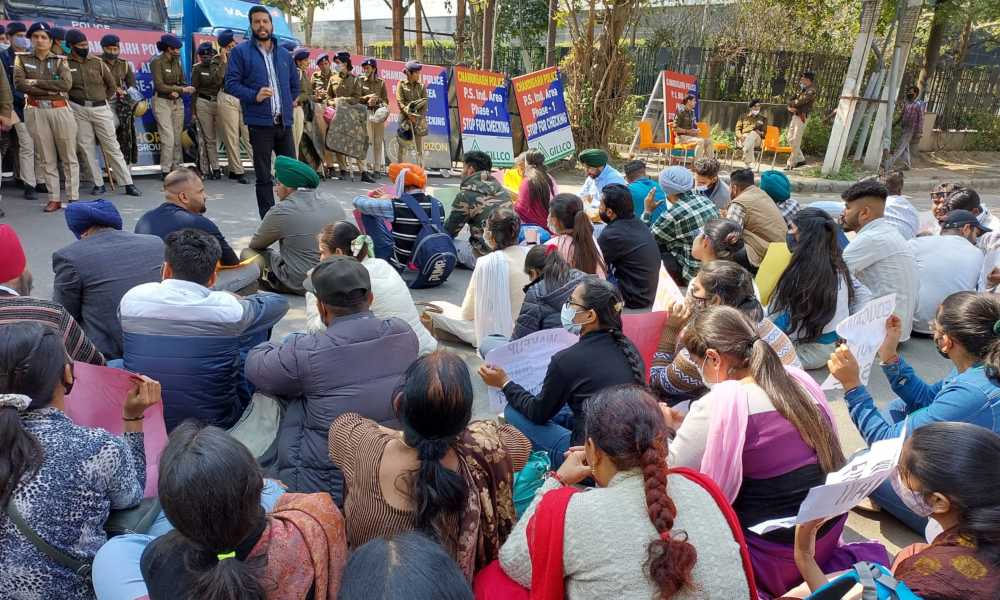 IMYSO consists of 274 student members who are waiting for a refund. Deepak said that education consultants in Punjab, Haryana, Gujarat and Kerala encouraged students to get admissions in the colleges—they said these colleges have better accommodations, were Designated Learning Institutions (DLI), issued free work permits among many other benefits.

But consultants say they are not to blame. Sourav, a consultant at Canam Consultants in Punjab, said that he and his organization did not encourage students to get admitted into the colleges.

Educatoinists say that consultants have a role to play in the process. D. Shashi Kumar, General Secretary, Associate Management of English Medium Schools in Karnataka (KAMS), said that consultants are the middlemen between students and international colleges—these colleges pay high commissions to such middlemen.

Nicholas said that the best option for students is to reapply in these colleges. “We will approach the Canadian government and authorities to fast-track the visa process for students who want to reapply,” he added.

He said that there is a potential buyer for these colleges.

Educationists say that the government needs to act.

D Shashi Kumar said that the Indian government and the High Commission of India in Canada should intervene and help these students.

Immigration, Refugees and Citizenship Canada (IRCC) states that the Government of Canada is committed to a fair and non-discriminatory visa application process. Isabelle Dubios, Communications Analyst at IRCC said, “A study permit may be refused if the application doesn’t meet the eligibility and admissibility criteria. “

She added that she cannot comment on why these students’ visa requests were rejected due to privacy reasons. 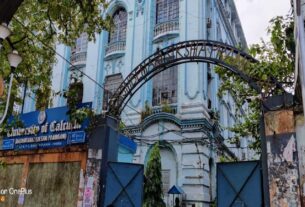 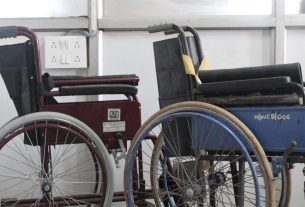 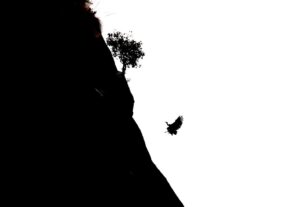