Experts say that LED lights can cause accidents and can also lead to permanent vision loss.

Data suggests that no action is being taken against people who install bright headlights on their vehicles.

A comparative study by Bengaluru Traffic Police indicated that booked cases of dazzling headlights have reduced from 84276 in 2019 to just 727 in 2021. However, people still continue to get the headlights installed from independent dealers.

A senior official at Traffic Police said that this decrease is because of the lockdown.

Guru, an automobile enthusiast who wishes to own a garage in Bangalore said,90 percent of the people in Bengaluru prefer to not go to the car manufacturer company to replace the headlights.

He also said that he got his car’s headlights replaced by a dealer because it is a lot cheaper.  “When the car gets old the intensity of the headlights decreases and for better visibility, you have to get it done from outside because there are a lot of after-market options and designs to choose from,” he added.

Anisha, an ophthalmologist said that the LED lights damage the retinal tissue. She explained, “LED lights combine a blue wavelength and ultraviolet wavelength light. The high-intensity blue light emitted by flashlights and auto headlights are very harmful. Even short term exposure to these lights in the form of high-intensity blue light has phototoxic effects. Long term exposure to the lower intensity blue light increases the chances of early ageing of retinal tissue leading to ARMD ( Age-related macular degeneration) and can also be a cause of permanent vision loss.”

Kaustubh Wadhwa, an automobile engineer said, “There are certain laws and the headlights can only be according to the standards of Original Equipment Manufacturer (OEM).”

A report stated that “As per law any light placed above 1.5 metres or the intensity that blinds a person at eight metres is illegal, also, no vehicle should have more than four headlights.”

Homologation is the process of certifying that a particular vehicle is roadworthy and matches certain specified criteria laid out by the government for all vehicles made or imported into that country.

As explained in the report, “Every part that goes into the car is homologated as per the legal requirement. Using non-homologated parts is prohibited. Therefore, we cannot use aftermarket headlamps on the road, which are not homologated.”

Shubkarman, an automobile enthusiast said that because there are fewer oneway traffic roads, “One needs to get brighter headlights because it is impossible to see the partition at sometimes. Bright headlights can ensure single road safety as it increases visibility.”

“There are laws for high beam and low beam but the newest model of an SUV, even when it runs on low beam, irritates the eye because of its height,” he said.

Dr. Asha, another ophthalmologist said that exposure to harmful blue light of the LED lights can cause maculopathy and can increase dryness and itchiness in the eyes.

Dr. Anisha further said, “It is recommended that car manufacturers limit the luminous intensity of vehicle headlights, some of which are too bright. In fact, the American Medical Association (AMA) also encourages road engineers to use LED lights that are 3000 Kelvin or lower, so as to minimize glare.”

Pankaj has high myopia but he has to drive back from the office every night. He said that whenever the headlights are on high beam, “I almost get blind for ten seconds and anything can happen within those ten seconds.”

Venkatesh, DCP East of traffic police said that “whenever a vehicle is running on high beam, we fine the person with Rs. 500”

MN Shreehari, a traffic expert said that the law has banned the installation of headlights which the company does not manufacture “but people still install LED headlights which are not only harmful to the eyes and cause local blindness but it also leads to a number of road accidents. The RTO and the manufacturers have the complete authority to confiscate these vehicles.” 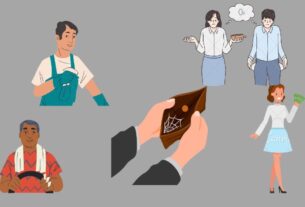 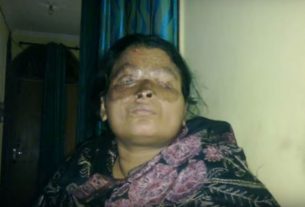