Indian students face mental and financial burdens due to unanticipated changes in permanent residency conditions by the Australian government.

Palak, a Delhi University alumna, arrived in Australia as an Information technology (IT) student in 2017. She required 70 points to be invited by the Australian government for permanent residency. One morning in 2018 while she was getting ready for college, a notification popped up that said the points were now pushed to 85.

What bothered her was not the wait but the money that would cost her to fulfill her Australian dream, the money that she didn’t sign up for. Due to the change in conditions she was required to do a one-year professional behaviour course that taught her how to shake hands with professionals, worth $10,000 that would fetch her five points bringing her close to the target of 85.  All of this was not mentioned upon her arrival to the country; the government added it at the last minute, and that added four excruciatingly tiring years into her dream of becoming a permanent resident in Australia.

Abrupt changes in occupation lists, thousands of dollars spent by students on courses added last minute and delayed invitations for permanent residency (PR), it’s a forever and a day situation for Indian immigrant students in Australia.

“The government decides which sector is going to get expedited into PR and they make changes as per their wish,” said Palak. “Recently they put IT on priority in the occupation list, the result of which students started to switch from accountancy degrees to IT because the PR to them, seemed more achievable,” she added. Palak said that the government enjoys double the benefit from immigrant students because they have to pay more than twice for their degrees that they switch due to the changes in the occupation lists. “All of the money goes to government coffers as the students keep churning for years and years to get close to fulfill the ever-evolving government conditions,” she added.

Gurjeet Kaur who works at a gas station came to Australia as a student in 2012. She arrived as a student of graphic design but switched to an accountancy degree because the government put it on priority in the occupation list. “I switched to accounts thinking it might expedite my PR process but the government again made some cuts in the list that has cost me thousands of dollars with no PR, still,” said Gurjeet.

The delay in PR and government making frequent changes in the conditions is one of the many problems that international students face in Australia. Other problems include delays in extending invitations for PR that sometimes result in months of wait, even a year.

“I finally me teach and every condition that fulfills the PR criteria after a long haul of ten years but there is still no invitation from the government to come and collect my PR card,” said Gurjeet. She added that it has been almost six months now that she has been waiting for the PR invitation and that she might move to regional Australia to explore better chances of receiving an invite somehow.

However, Department of Home Affairs, Australia suggests that the visa processing times may vary from one month to 51 months depending on different types of visas.

The Australian government introduced a new points system for the PR process by taking spouse/partner skills into credit in2019.

Karan (name changed) an Indian accounting student, said he made his partner the primary applicant to benefit from the new points system that was introduced by the government. “I was falling short of one thing or the other so we decided to make my partner the primary applicant for PR because she had a degree in technology,” said Karan. “This is disheartening to the core. We spent thousands of dollars twice because she had to start from the beginning again doing all what I had done already,” added Karan.

Galaxy Chopra, Co-founder at P3 overseas education consultants said that they prefer their clients to choose Canada over Australia because of Canada’s immigration friendly policies. “The Australian government changes the rules and condition at will to benefit their people and little is done for immigrant students,” she added. She also said that India must have specialised immigration lawyers that the Indian students can turn to for assistance and  legal support when they meet a situation like this.

Migrant Agents Registration Authority (MARA) is a unit of Home Affairs of Australia that is used by migrants for complaint redressal in Australia. A MARA report of December 2021 suggests that 37,035 students registered their complaints with MARA agents and 30 percent of those were resolved. 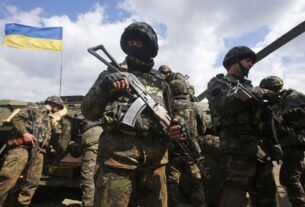 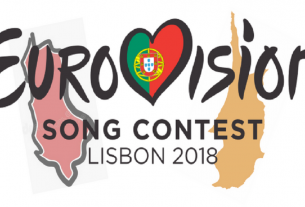