Election Commission doesn’t plan on changing the number of polling booths this year.

The Karnataka State Election Commission (KSEC) announced that elections to 60 Urban Local Bodies (ULBs) will be held on December 27, 2021, despite the new variant scare. The results will be announced on Dec 30, 2021.

“The election commission’s guidelines do not require a mandatory vaccination status or thermal screening for voters,” said Lakshmi, sections officer at Karnataka State Elections Commission. “There are no many Covid-19 cases now, so we will only provide a kit which will include sanitizer and masks and will ensure social distancing,” she added. The ULB elections had been postponed twice since 2018 due to reservation issues. The High Court cleared the way for elections after hearing petitions regarding the delay. Additionally, in July 2021, the body postponed the elections by six months due to the pandemic. The guidelines issued by the Commissioner of Health and Family Welfare Services for elections in 2020 said that a maximum of 1,000 electors must be allowed into a polling boothas opposed to 1,500.

However, the Election Commission doesn’t plan on changing the number of polling booths this year. Each polling booth will have capacity of 1,400 voters, according to Lakshmi. “If there are more voters, then we will include an auxiliary (additional) booth to accommodate them,” she added.

Health experts say that more polling booths should be built so that the stations are not congested. “More booths will provide space for the required three meter social distancing rule that has to be followed by people,” said Dr. Prabhakar Rao.

He added that such large gatherings should ideally be discouraged but if elections are being conducted, then essential checks must take place. “The election authorities must check that voters entering the booth are fully vaccinated and wear double masks,” he added. Additionally, due to increase in Covid-19 clusters, old people and those with co-morbidities must try and avoid these gatherings, added Rao.

A detailed Standard Operating Procedure (SOP) will be released by the Election Commission ahead of the elections. 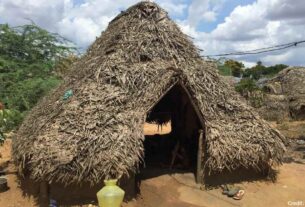