Various Kannada literary works are set to be released at the event, along with display of other works of historic importance.

The third state session of Akhila Bharathiya Sahitya Parishad (ABSP ) will be held in Ujire, Dakshin Kannada on January 8 and 9, 2022. The event was supposed to take place in December 2021 but it has been pushed to January.

The theme for the event will be ‘Nudi Samrajyadalli Swarajya’ which means independence to the world of poems.

The event takes place once in three years. Dr. Madhava M.K., State Secretary of ABSP Bangalore said, “In this two-day session, Avithitta Ambedkar, a drama along with writings, Nudi Sampada and Sahitya Sanskriti, will be released.”

A reception committee has been formed under the guidance of Dr. Virendra Hegde, dharmadhikari of Dharmastala Temple. The preparation for the session is underway. Dr. Mohan Alva, honourary president of the Dakshin Kannada district, is chairing the welcome committee. D. Harshendra Kumar of Shri Kshetra Dharmastala has already inaugurated the session.

T. Govindaraju, an ex-Kannada professor who worked for Kannada Development Authority said, “It will promote the Kannada language and literature and more participation from people. This will enrich Kannada language and its culture.” Dr. N Mogasale has been named as the chairperson of the session along with CA Shantarama Shetty, who will be guiding the session.

Russian play ‘Swan Lake’ to be adapted in the City 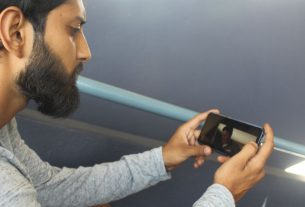