As suicide rates go up, only a few patients follow up on their mental health services.

Only 25 percent individuals follow up on their mental health therapies after they are discharged following a suicide attempt.

Gia (name changed), a survivor and a patient of Post-Traumatic Stress Disorder (PTSD) said, “I was 18 years old when I tried to severely self-harm to an extent of even ending my life. As a PTSD patient, I was recommended for therapy for a long time, but after the incident I continued my session with the therapist for two months which helped me a lot to put the grief behind.”

Experts say that two months is not enough. “Patients are recommended to follow up on their mental health services for six months after the discharge but not more than one out of five patients of mine follow up, that too just for a month or so,” said Dr. Kalyani Keerthi, a clinical psychologist.She added that patients who have attempted suicide once are more likely to develop severe depressing and self-harming properties or even suicidal actions.

Gia admitted that she did feel suicidal after she stopped the therapy. “After a year when I stopped taking therapy, I again experienced suicidal thoughts as a traumatic event occurred in my life,” she said.

India recorded the highest number of suicides in 2020, breaking the record of the last 10 years. Karnataka was among five states contributing in a big way as it recorded 12,259 cases of suicide. Bengaluru recorded 2,196 cases according to a report by National Crimes Record Bureau (NCRB).

Arpita Foundation, a Bangalore based NGO which provides professional guidance and counselling to callers from various parts of India to resolve personal and psychological problems, said it receives about 50-60 distress calls on a daily basis from Karnataka.

According to a study, individuals with a previous suicide attempts are at a higher risk of repeat attempts and deaths.

“The main thing is the thought pattern; it is very difficult to change it. So, the main problem is that even after we save a person after one incident, to kill the suicidal thoughts of a person is very difficult because what a person has done once in reality, he/she has obviously done it in their thoughts a hundred times,” said Anshul Girdhar, a research scholar of Psychology. He added that even after a person is discharged, they should go for follow-ups as the chances of relapse of those thoughts and emotions are very high.

The survey showed that  most individuals who attempt suicide have mental illness. However in India or other developing countries, most number of people do not qualify for a psychiatric disorder.

World Health Organization’s World Mental Health survey showed that only 17 percent of persons with suicidal behaviors in low and middle-income countries like India had received mental health care as compared to 56 percent of respondents in high-income countries.

“There still is a lot of shame in talking about suicide in our society. I wasn’t able go to my parents and convey my thoughts and grief to them at the age of 18 because I knew they wouldn’t understand,” said Gia.

“The idea that help should be asked is still missing in our society. Though there is so much talk about mental health and suicide but stigma is still attached about going to a psychologist or even to other people and cry for help,” said Dr. Keerthi. 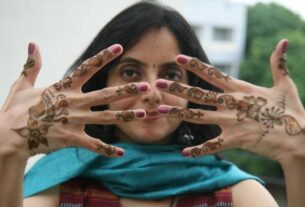 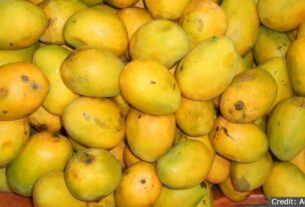