Skip to content
Home | accidents | BMTC Buses: To board or not to board

Riding in public buses in the city still a challenge for many due to high ground clearance and faulty doors.

Frequent passengers of the Bengaluru Metropolitan Transport Corporation (BMTC) buses are at risk due to rise in passenger fatalities while boarding and alighting.

Bus passengers in the city account for around 18 percent of the total fatalities that involve bus accidents and 92 percent of these fatal injuries occur while boarding or alighting, according to a research study conducted by Indian Institute of Technology (IIT) Delhi in 2010. The study stated that this is possible because in case of a fall while the bus is moving (in the absence of doors) , the possibility of severe head injury increases after impact with the road as  the bus floor is high enough (1200 mm).

“I fell of the footboard of the bus once while running to catch it,” said Shalini, a college student who uses the bus frequently. Old people in my family especially, find it difficult to get on to the bus because the step is so high, she added. Additionally, people are usually standing near the door step and cling on to each other whether it is during Covid  or not, said Sumona, a college student.  She also saw a woman slipping while she was trying to board the bus.

The Motor Vehicles Rules, 1989 mandates that every entrance and exit of a public service vehicle shall be at least 540 mm in width and of significant height. Additionally, the maximum ground clearance for Indian bus bodies must be limited to 550 mm above road level, according to the Automotive Industry Standards Code for Practice for Bus Body Design and Approval (AIS-052).

However, most Indian buses have large ground clearances which help to navigate on uneven road conditions, the study said. Such large openings lead to a high probability of a victim falling off the bus and getting run over by the wheel, it added. The study also pointed out that there is a need for automatic closing doors and low ground clearances in the buses to reduce the number of passenger deaths while boarding and alighting.

Accidents could be reduced if buses had working automatic doors, said Deepanshu Gupta, Vice President of the Indian Road Safety Campaign. “Such doors ensure that the bus moves only when the doors are closed and avoids overcrowding and further falls because of it,” he added.

Sudha, the Assistant Traffic Manager of BMTC said that the BMTC-operated Volvo 8400 LE are low floor buses and are hence, accessible for all age groups. “It is only the ordinary buses which have a little height,” she added. Additionally, all BMTC buses have automatic closing doors, she said. However, several passengers have complained about the maintenance of the door closure mechanism in these buses.

Boarding a bus while it is in motion adds to the risk of high ground clearance of buses, said M N Sreehari, traffic adviser and consultant. “Sometimes the drivers don’t stop at the correct bus stop. They try to overtake and we got to run and get on the bus because we have no choice,” said Ankitha Cheppudira, a student who takes the bus to college daily. It is worse during the monsoon season when the steps get slippery which makes it risky to climb, she added.

Agnes Mary from Disability Entrepreneurship and Leadership Foundation (DEAL), said, people with physical disabilities are also prone to accidents on buses, “Due to the height of the steps in the buses, and insufficient space, wheel chairs cannot enter easily and so can’t the person.” Additionally, overcrowding can also cause problems as helping a wheel chair user in to the bus takes time, and no one on the road has the patience to wait, she added.

Most of the high chassis buses in the city are inaccessible for people with physical disabilities, said Anjlee Agarwal, who struggles with a physical disability and is the founder of Samarthyam Home that promotes “Mobility for all”. The ground clearance of most of these buses is around 900 mm to 1100 mm which is a “nightmare” for people with disabilities, she said. “Ninety nine percent of people with locomotive disorders (which is a severe disability) are unable to board the bus, according to a study we conducted,” she said. If the bus is moving, then holding the railing which is built into the bus body and climbing becomes difficult because they are not able to stabilize their body, she added.

However, the passengers should also be careful, said Sreehari. “If the bus stop is little far from the junction and passengers want to go to the other side of the road, they will get down at the turning itself when the bus is in motion, which causes accidents,” he added.

What can be done?

All high chassis and semi-floor buses must be replaced with low floor buses so that people from all groups and with physical disabilities can access them, said Agarwal. Additionally, old buses in the city are causing a problem as there are only two steps above the bus level, making them steep, which is a problem for aged people, said Sreehari. It is the equal responsibility of the BMTC to maintain closing doors and common people to ensure that accidents are limited, he added. 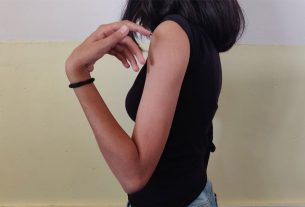