Coding and Artificial Intelligence to be included in the curriculum under the New Education Policy (NEP) but government schools in the state might not be ready yet.

The government is planning to start teaching Artificial Intelligence (AI) and coding in schools while the government schools lack basic Information Technology (IT) infrastructure.

The Unified District Information System for Education plus (UDISE) reported that over 92.25 percent of government schools in Karnataka lack internet facilities and about 66 percent of them lack functional computer facilities.

Anand H, teacher in Government High School,Byrapatna, Ramanagara district said, “We don’t even have smart classes, how are we supposed to teach AI? Government needs to put more efforts to provide us with better infrastructure before launching such policies.” He also expressed his disappointment over power problems in rural government schools and shortage of staff.

Dr. S Selva Kumar, Principal Secretary to the Government of Primary and SecondaryEducation Department said “Whatever facilities are needed shall be installed whenever NEP is fully undertaken.” He attributed the shortage of staff and equipment to lack of sufficient funds.

Harisha HG, coordinator for e-governance at the Primary and Secondary Education Department said, “NEP will be implemented tentatively by June 2022 and in 2021-22 state budget, only Rs. 12 crores have been allotted for computer education. This is relatively smaller than the previous year’s budget which was more than Rs. 25 crores and Rs. 400 crores in 2020 and 2018, respectively.”

Jaya Prakash Gandhi, an educationist explained the problem with implementing AI and coding in government schools. He said that introduction of AI at the beginner’s level is not a bad idea but before any implementation, government must ensure that the infrastructure is ready. He suggested “The government should first take it as a pilot project, implement it in some schools and based on their performance take it forward. Simply introducing such technical courses will not be fruitful.”

The ones that have computer labs such as the Government Primary and Secondary School, Rajajinagar, aren’t used by the students. Students from primary and secondary schools said that they don’t operate on the computers, instead they use smart boards. The situation is worse for government schools in Kethiganahalli, Bidadi colony and Vajarahalli, where there are no computers and internet.

There is a shortage of staff in government schools. The total number of government teachers in Karnataka based on the latest data from 2019 is 2,10,502. Harisha said that they will hire 5000 teachers by the end of this year.

Suprith S, Operations Head, Involve, a Non Government Organisation (NGO) who has been working with various government schools in Bangalore to improve social interactions with students says that the focus should be placed on grassroot level of learning instead of coding and AI. Such skills aren’t relevant when schools are facing lack of resources such as textbooks, notebooks, writing material.

He adds, “IT based infrastructure requires two things. Firstly – full attendance of students, which is not happening right now, and secondly expert faculty. Most of the government schools are under staffed and some schools don’t even have subject matter teachers.”

Jaya Prakash also pointed out the need for specialized teachers to teach courses like AI and coding.

NEP states that concerted curricular and pedagogical initiatives, including the introduction of contemporary subjects such as Artificial Intelligence, Design Thinking, Holistic Health, Organic Living, Environmental Education, Global Citizenship Education (GCED), etc. at relevant stages will be undertaken to develop these various important skills in students at all levels. 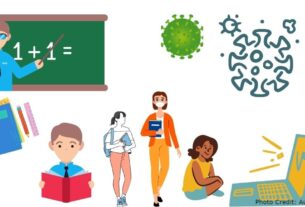 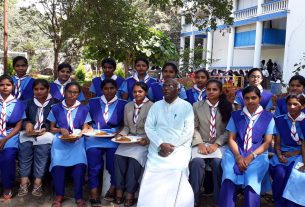