The Supreme Court of India has only allowed the sales of less-polluting “green crackers” in the country.

Bengaluru: Despite shifting to green crackers, the fireworks industry is still suffering significant losses due to pandemic-induced restrictions and the economic slowdown.

B. Guruswamy has been running his firecracker shop in Sulthanpet, Bengaluru for 45 years. He said he had never witnessed a fall in sales similar to the past one and half years. “Diwali is right around the corner, yet we are barely getting any new customers,” he said.

“Ninety percent of our products are the government-approved green crackers. But customers are not willing to buy them because the pandemic has reduced their income,” said Satish, from Tamil Nadu, who runs a temporary shop at Sulthanpet every year during Diwali.

In 2018, while hearing a plea to completely ban the sales of firecrackers, the Supreme Court of India ruled that only green crackers, developed by the Council of Scientific and Industrial Research-National Environmental Engineering Research Institute (CSIR-NEERI), will be allowed for sale in India. On October 28, the Supreme Court reaffirmed its 2018 judgment by stating that under the guise of employment of a few, it cannot allow the violation of fundamental rights in the country.

The CSIR-NEERI stated that the green crackers have “less harmful” and “less dangerous” chemicals than conventional ones; they have a chemical formulation that produces water molecules so the emission levels are reduced ‘substantially’ by 30 – 35 percent. Additionally, these crackers do not contain harmful chemicals such as antimony, lithium, arsenic, lead, and mercury. The manufacturers have to sign a non-disclosure agreement with CSIR-NEERI to get the approval to manufacture the green crackers.

Raja Chandrasekaran, President of the Federation of Tamil Nadu Fireworks Traders, said that there are around 1,070 firecracker manufacturing units in Sivakasi, Tamil Nadu, which is India’s largest manufacturing hub of firecrackers. He added that most of them have suffered significant losses due to the pandemic. He said between 2019 and 2021, the sales have gone down by at least 40 percent. “Each manufacturing unit produces at least a hundred types of crackers, we have to get the approval for each one separately. It’s a time-consuming process,” he said.

He added, “It’s not only the restrictions on Diwali, but Covid has also affected all other sectors including festivals and marriages. Our industry was valued at Rs. 4,000 crore in 2018. Around 800,000 workers are involved in the industry. If we continue to suffer losses we don’t know what would happen to them. They cannot even take up farming. The land out here is not suitable for it.”

On the Supreme Court Judgement, he said that the industry has been unfairly targeted regarding air pollution. He further said, “The Chinese are the largest exporters of firecrackers in the world. But we (Indian manufacturers) have the capability to compete with them. Our chemicals are less harmful than the Chinese ones. Yet due to the ban on exports, we are losing out on some much-needed revenue.”

However, continued exposure to green crackers can still have an adverse effect on one’s health. Dr. Pratik Biswas, consultant pulmonologist at ILS Hospital said, “During Diwali, health professionals mainly remain concerned about the obstructive airway diseases such as Asthma and Chronic Obstructive Pulmonary Disease (COPD) which exacerbate — worsen — due to fumes and smoke from the crackers. Even if we manage to reduce the emission of pollutants, it can still harm us.”

China, the largest exporter of fireworks in the world, exported $644 million worth of fireworks, signaling flares, and other pyrotechnic articles in 2020. Chandrasekharan said, “We have written to the Finance Minister of India to lift the ban on exports, let’s see what happens.”

However, if India starts exporting firecrackers, it would have to open up the market for imports from other countries. T J Joseph, professor at the Central University of Kerala explained, “We cannot restrict Chinese imports to the Indian market as per the MFN (Most Favoured Nation) clause of the General Agreement on Trade and Tariff.”

COVID-19: Still no relief for pharmacists in the city 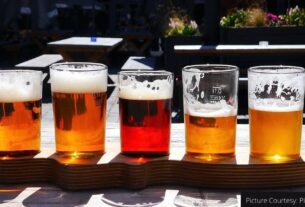