Some food stall owners say that they are earning less than 20 percent of their pre-pandemic income.

BENGALURU: Street food vendors based outside Bengaluru tech parks are suffering heavy losses because most information technology (IT) professionals are still working from home.

M. Umesh, who runs a small tea shop opposite the entrance of the International Tech Park Bangalore (ITPB) in Whitefield, earned around Rs. 8000 per day before the pandemic. The lone earning member of his family, he barely makes Rs. 1000 today. “Before Covid-19, you would have found a crowd of 20 to 30 people outside this stall, but now it mostly stays empty,” he said.

“As you can see there is less traffic right now, this itself says that people are yet to come back,” said Emmanuel, who works at a furniture store at the Park Square Mall beside ITPB.

The drop in number is taking a significant toll on vendors who operate their businesses from stalls on rent. Rajesh Singh from Prayagraj, who runs a paan shop near ITBP, said it is difficult to provide financial assistance for his family back home. The situation has forced his two brothers, still in school, to work on farms. Rajesh said, “Covid-19 has forced every able member of my family to work in the fields. If they do not work, how will they survive?”

Vinay Srinivasan, a founding member of the Federation of Street Vendors Union in Bengaluru District said that many vendors from other states of India like Rajesh have not returned to their stores after lockdown. “Since there is very little business, most of them could not afford to pay their house rents,” said Srinivasan.

“In Whitefield, there are not many small restaurants, so hundreds of small vendors were there to cater to the IT employees. But after Covid, more than half them have lost their businesses,” Srinivasan added.

Geeta Menon, secretary of the Stree Jagruti Samiti said that the situation is affecting the female members of the migrant families badly, as they have been forced to find additional work to sustain the family.

Apart from Whitefield, companies in other areas of Bengaluru also haven’t announced any date for the return of their employees. Krishna Kumar Gowda, the operational manager of the Outer Ring Road Companies Association (ORRCA), said that most offices are operating with 20 percent staff. Gowda said around 1,50,000 people work at the member companies of ORRCA. “As of now there is no concrete plan to bring the employees back because everybody is cautious about the third wave (of infections),” he added.

The IT professionals currently working from home also acknowledged the plight of the street vendors. Niladri Pal, who works at a multinational company (MNC), said that many of his colleagues, especially freshers, relied upon the small food stalls during office hours. He added, “I have seen migrant workers from northern states of India work at those stalls. Even if the stall owners manage to keep their businesses afloat, those workers might not get their jobs back.”

Now, even if the companies consider re-opening their offices, many employees might prefer to work from home. Pal said, “The traffic jams in Bengaluru eat into the work hours of IT professionals. If I have to spend four hours on the road daily, how would I be able to work efficiently?”

Swapnil Somnath Sakhare, an advocate and consultant in labour and industrial issues explained that presently, most government policies are centered around rural communities. So the unorganized sector in the cities misses out on several benefits. 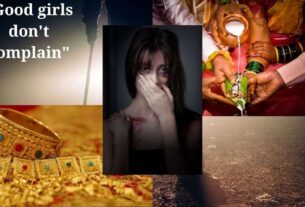 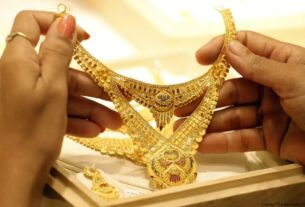 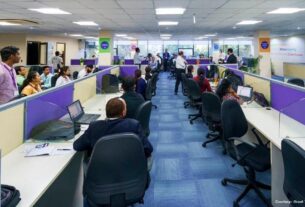