BBMP has returned to working with NGOs to eradicate rabies.

The Bruhat Bengaluru Mahanagara Palike (BBMP) vaccinated 13,000 dogs and neutered 13,736 under the Anti-Rabies Vaccination (ARV) and Animal- Birth Control (ABC)  programme in July. BBMP officials said that they have nearly met their target.

BBMP initiated a massive rabies vaccination drive in July with the goal of vaccinating roughly 800 dogs every day. Statistics of the Yelahanka zone show that there were only 5,748 and 4,817 vaccinations in 2019 and 2020 respectively. Till July 2021, however, they had already vaccinated 7,816 dogs.

The ASRA foundation is working with the BBMP to expand the vaccine campaign in three areas: Yelahanka, Mahadevpura, and RR Nagar. Vinay Morya, the secretary of ASRA foundation, said the Yelahanka zone administers 1,200 anti-rabies vaccinations per month and sterilizes about 300 dogs per month. On the other hand, around 1500 dogs are vaccinated and 600 dogs are sterilized every month in Mahadevpura. In the West Zone, the vaccinations are administered by the Sarvodaya Foundation. The NGO’s trustee, Dr. Akshay Prakash, stated that they vaccinate roughly 1,600 dogs per month in the West Zone. Other organizations such as Compassion Unlimited Plus Action (CUPA) and Vets Society for Animal Welfare and Rural Development (VSAWRD) work in different areas of the city.

Additionally, in July, each NGO was assigned an ARV vehicle and Rs. 71,366 from the BBMP, as well as one driver and two dog catchers. Vinay Morya and Dr. Akshay Prakash acknowledged that they had received funds from the BBMP.  However, Dr. Prakash, said that the BBMP only reimburses the money if certain requirements are met. NGOs must work with the regular team for at least 25 days every month and vaccinate at least 600 dogs per month. If the requirements are not met, they may be subject to various penalties.

The ABC programme was first introduced in 2001 and has still not finished. A volunteer in ASRA foundation raised a concern about the migration of dogs from rural areas, which was impacting the ABC programme. Dogs from rural regions are migrating to the city in search of food. According to the volunteer, garbage and  abundance of eateries in the city, has resulted in an increase in the number of stray dogs.

The success of the vaccination drive, according to the joint head of the Animal Husbandry Department, Dr. Manjunath Shinde, is also dependent on herd immunity. He said that capturing all the dogs from a certain location in the time allotted is not possible. There was also an infrastructural limitation because the dogs undergoing ABC surgery require at least three days to heal and they are kept in NGOs and taken care of. With these  limits in mind, the BBMP is collaborating with a number of  NGOs to meet the targets for both the ABC and ARV said Dr. Shinde.

Dr.  Shinde also said that the general vaccinations of all stray dogs in the city will be completed by December 2021. According to BBMP officials, there are currently 3,09,000 dogs in Bengaluru, based on the results of an animal census done in 2019. 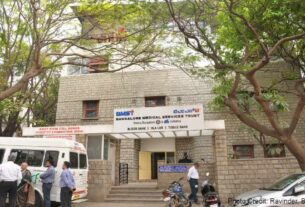