As pride month approaches, the LGBTQIA+ community calls out the prevalence of tokenism in queer representation.

Sonepat: The celebration of pride month brings a sense of belonging and recognition for the LGBTQIA+ community; promoting self-affirmation, dignity, and equality. But, the token representation of the queer community in media during this time does more harm than good.

“It feels plain and hollow,” said Khushi, a bisexual woman from Delhi. “As soon as pride month approaches, conglomerates suddenly start promoting an LGBTQIA+ affirmative message as a tool for advertisement. It’s capitalism in plain sight, where the lives of queer people are the currency.” She added, “That kind of token representation never makes me feel included or safe. It’s all about following trends, big corporations do not seem to care about the cause itself.”

Khushi said that another reason this kind of representation is performative is because in several cases, the brands or companies have been accused of being homophobic or anti-queer in the past; but they only act as active allies when it’s time to promote themselves. “Being queer is not a trend, stop capitalising on it,” she said.

“It is pure marketing. Advertisers try to gauge what appeals the most to the target audience without any actual real concern for the cause or person,” said James Kannanthara from Bangalore. “I encourage people to buy minority representation products from actual minority small businesses.”

“You’re not being represented. You’re being marketed to,” said an artist on Twitter, in response to a brand’s homophobic attempt at LGBT inclusion.

Shrey Gain, a Kolkata-based queer activist said, “Token representation only promotes stereotypes and uses queer people as a commodity rather than actual sentient beings. It is queerbaiting when it’s solely for ‘pride month’.”

They added, “Token representation is more harmful than helpful. Most of these companies have little to zero policies against discrimination on basis of sexual orientation, and when some of them do have on paper, they are barely implemented. I don’t want a company using our name for a specific month — which is to celebrate us and our diversity — as a means to make more money when in reality they really couldn’t care less about us.” Gain said that if a company is actually taking an active stand for LGBTQ+ people for every month of a year and not just pride month, then they do not mind pride-themed items being sold. “But if a company is ignorant/against us unless it is their time to make a profit off of us, that is harmful, and I absolutely do not stand for it,” they said.

“Performative representation will only work for a short while. What we need is more queer participation in media,” said Kesha, a queer woman from Gujarat. “As someone who actively seeks out gay content in media, I’m most disappointed when LGBT representation is simply tokenism; where a gay character is just to tick off the list on modern trends.”

She added, “Unresearched representation is counterproductive. It cements the stereotypes that have been formed around the identity, alienating the community further. Stereotypes are exaggerations, and when they’re treated with disrespect or disgust onscreen, it’s harmful to actual people who do act similarly offscreen.”

Shrey Gain said that the overall framework needs a change.

“Start stricter anti-discrimination policies, sensitisation workshops — because a lot of people still don’t understand what queer people are what lives they lead; equal pay, equal benefits for a homosexual married couple just like a heterosexual married couple would get, and normalisation of using names and pronouns that do not match their assigned gender at birth,” they said. 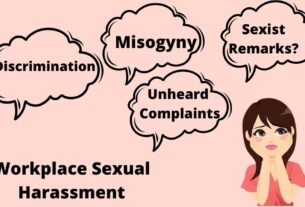