Small and marginal farmers have been affected by the delay in crediting the PM Kisan Nidhi Scheme.

Mumbai: Datta Karande, a farmer from Solapur, has been dependent on the Pradhan Mantri (PM) Kisan Nidhi for the last two years to continue farming. This year, his instalment was delayed by more than a month. He said, “I wanted to start preparation for the Kharif season in April. I was expecting to receive Rs. 2000 but I didn’t receive it. Hence, I bought fertilizers by selling six of my hens for Rs. 2100.”

This is the first time since the start of the scheme that farmers didn’t get money on time. Delay in credit of the first instalment for this quarter (April to June) has impacted small and marginal farmers’ lives. Prime Minister Narendra Modi released the eighth instalment of Rs. 20,000 crore on May 14, 2021. More than 10 crore farmers received the money on this date.  Datta used to plan his farming after receiving the money through the scheme. He added, “Those hens were useful for me as I used to sell their eggs. We have been habitual of these instalments for the last two years. I am a very small farmer and after the pandemic, my situation has worsened. Sometimes, it starts raining in the month of May. Hence, we start cultivation and other preparation early. Earlier, all seven instalments were credited on time. Last year, as there was a lockdown and the demand plummeted, I had to sell my produce at a cheaper rate. I incurred a lot of loss.”

Under the PM Kisan Nidhi scheme, income support of Rs. 6,000 per year in three equal instalments is provided to small and marginal farmer families having combined land holding/ownership of up to two hectares.

Vijay Mourya, another farmer said, “For the first time, instalment of PM Kisan Nidhi was delayed in the month of April. Villagers spread rumours that we won’t receive the money this time. We still waited till April end. I took a loan from a jeweller mortgaging my gold chain to buy seeds. Last year, after the lockdown, seeds became expensive. Hence, this year, I bought them in April itself. If it starts raining in May, it will be very difficult to start cultivation. Last year, I incurred losses due to heavy rainfall and my produce was wasted.  I have received my PM Kisan Nidhi instalment now, but I will have to pay a two percent interest rate on the loan.”

Jimekar, a government officer (Talathi) from Solapur said, “Because of COVID-19 this year, the first instalment of PM Kisan Nidhi is delayed. We filled the form on time as we fill every year. We had sent the lists from our side but all the approvals are in the hands of the central government. They also check whether farmers are eligible for PM Kisan Nidhi or not. This process includes checking income of farmers, bank details, and tax payments.  After all the checking, they credit the money. This is central government scheme and it’s delayed by them.”

Agriculturalist Prof. MG Chandrakanth highlighted the importance of Rs. 2000 in the life of small and marginal farmers. He said, “Rs. 2000 forms 33 percent of the total payment by the PM Kissan Samman and is around 10 percent of the cost of cultivation of a major crop of India.The total of Rs. 6000 forms 25 percent of the cost of cultivation of paddy. The first instalment certainly meets the seed cost of most of the crops and hence, it is essential for farmers. It is as essential to farmers as seeds are for the crop. Second, the state governments also need to support their farmers through similar Chief Minister Kissan Samman Nidhi schemes. They can make similar or even higher contributions to farmers as seasons and crops vary widely across Indian states.” 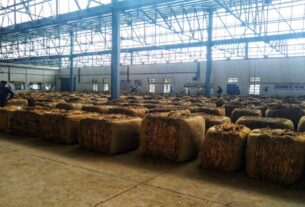 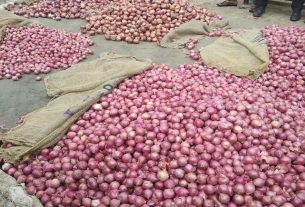 Farmers Not Happy with Scheme 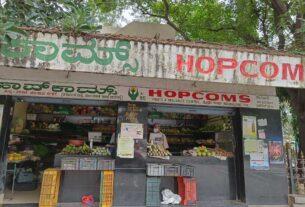