The Bureau of Indian Standards had listed National Capital Territory (NCT) in seismic zone four which means that Delhi has a severe intensity of earthquakes.

Delhi: Saniya, a South Delhi resident, remembers the multiple earthquakes that occurred last year during the first lockdown. “I remember that I was watching a movie in my room and my mug started shaking. My dad came into the room and we all rushed out of the building,” she said. “I heard over the news that it was a minor one, but with these things you never know,” she added.

A 2020 study found that while 89 percent of South Delhi residents felt that earthquakes were a cause of concern for Delhi, only one percent knew the emergency numbers to call or had heard about an earthquake/disaster preparedness kit. None had such a kit prepared at home.

“It was not a kit of any sorts but I did prepare a small bag-pack with plastic water bottles and the household first aid kit. But after a week I forgot all about it. After 10 days or so, I forgot about the earthquake too!” said Saniya.

“Though our school used to conduct mock earthquake preparedness drills, honestly, apart from running out, I do not exactly know what you do during such a calamity,” said Akhilesh, another South Delhi resident.

“I mean, these are natural disasters which obviously come unannounced; but can you ever really be prepared for one? What if I have a kit at home and an earthquake strikes while I am in the market? And given the building that I live in, I am sure it would crumble within minutes,” said Akhilesh.

Last year, Delhi experienced about four earthquakes from April to August 2020. The first one struck on April 12, 2020, at a magnitude of 3.5 Richter scale. The very next day saw another earthquake of 2.7 Richter scale with its epicentere being 16 km North of Lodhi Road, New Delhi, as noted by the National Centre for Seismology. The centere said that these earthquakes were followed by a dozen of “micro-events”, meaning earthquakes registering less than 3.0 on Richter scale.

The seismology centere reported in an April 2021 press release that in the past three months, a total of nine earthquakes occurred in the Delhi region. The magnitude range was between 1.8 to 2.9 Richter scale.

Such is the case with all other disasters

Elisha, a West Delhi resident said, “Our apartment complex does have fire safety equipment but I have never seen it working. Similarly, I don’t think our house is fireproof either. There is only one exit in the front for the whole building. The Resident Welfare Association (RWA) might have some earthquake or fire or any other disaster plans but I have not heard about any of them.”

Saniya and Akhilesh too agreed that their residential buildings would survive through any kind of disasters.

A 2020 research paper published in the European Journal of Sustainable Development which evaluated the community preparedness for disasters in Delhi noted that 69 percent of the respondents knew that a structure has to be constructed as per the National Building Code (NBC). On the other hand, 64 percent said that they had no knowledge if their building was constructed as per the code.

It was also noted that majority of the people said that they had no information or idea about the dedicated disaster management teams in their area.

The paper noted that Delhi is continuously at risk to varied hazards, both natural and man-made, and has been listed as the most vulnerable Union Territory of the country.

Similarly, the Delhi Disaster Management Authority (DDMA) said on its website that key measures taken by the department are, “Generation, Development of Preparedness and Response Plans at the community and administrative level, development linkages between the Government and Civil Society response and capacity building of Government institution in disaster mitigation, preparedness and recovery. Department has also made efforts to develop a database on hazard, risk and vulnerability of NCT of Delhi.”

Giving the example of wearing masks, Dr. Deep Narayan Pandey from the Special Centre for Disaster Research said that society does not adopt any cautionary measures until they are fully aware of the impending disaster. “When we came to know about the threats (of COVID-19) we started wearing masks, similarly today we see earthquake resilience buildings coming up in the city.”

He said that most of the buildings in Delhi are not at all resilient to any natural disaster. Secondly, many of them were made before the time when earthquake awareness was a common thing. The buildings that are currently coming up are supposed to follow the NBC, he added.

“You remember that dengue used to be such a big problem in Delhi but for the past two years, we record almost nil cases of dengue because massive awareness campaigns have been undertaken to prevent the disease from spreading. With time, we became literate in dealing with dengue or chikungunya. Similarly, people have to become aware of what to do during a natural disaster,” he said. 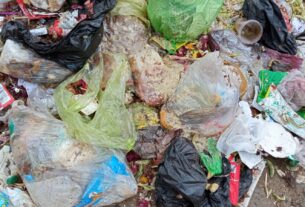 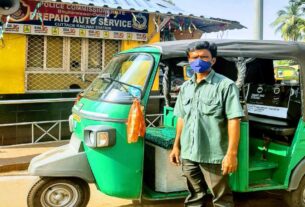