Senior citizens, who aren’t digitally savvy and don’t have ATM cards, find it difficult to carry out cash transactions.

Mysuru: For Kanthi S Rao, it has not been an easy year since the pandemic struck. She lives alone in an apartment and since the pandemic, she has not been able to go to the bank to withdraw money or carry out any transactions. “For the last two times I needed cash, I had to ask a distant friend of mine to do it for me, it was very cumbersome,” Kanthi said.

For 70-year-old Kanthi with many co-morbidities, it’s not easy to manage at this time. She doesn’t know how to digitally transact and does not own an ATM card because she is afraid that she might be defrauded. “I don’t have a choice except for asking someone else to bring me cash home. Every time I have to ask somebody to pay my bills online, it’s an issue of helplessness. But I don’t have a choice,” she added.

YN Nagaraj, an 88-year-old man, lives close to a State Bank of India (SBI) branch, but still can’t go there because of the pandemic. “I don’t have an ATM card. It’s too much hassle to own one– I have to remember a PIN and withdraw money. It’s just easy to do it in a bank,” he said.

The last time he had a cash emergency he had no choice but to go to the bank and hope that he returned home alright. “It’s not easy at this age. It’s an issue when you don’t know how to make digital transactions, especially now when everything has become online. It’s so irksome,” he added.

Lalithamba, the head cashier at the SBI branch in Jayanagar in the city, said that she has not seen many senior citizens lately. “Some of them come, but we urge them to get the net banking kit and ATM cards but not many people listen. Most of them are scared of ATM cards. They have this perception that they will be defrauded,” Lalithamba said. An internet banking kit is provided to the customers by the banks to carry out transactions online. They can check the balance, send money and can use it for everything.

Nagraj, the security guard in the same branch, affirmed that he has not come across many senior citizens lately. “I’m there throughout the day, and I have not seen many people come.”

Subbaraya, an 80-year-old man, has not been to the bank in a very long time. “I keep extra cash at home.  I don’t step out unless it’s an absolute emergency. I still have to go for some queries, but I have put off going there so far,” he said.

For people like Subbaraya, Nagaraj and Kanthi, the pandemic has created a whole new layer of issues. They are at home, trying to stay away from Covid-19 but cash emergencies keep cropping up now and then.

Geetha, an accountant at an SBI branch in Devaraja Urs Road in the city, said that the number of senior citizens who turn up has gone down clearly. “They send cheques with somebody, and they do that a lot,” she said.

Subbaramu, a retired Assistant General Manager in Bengaluru said that sending over cheques could be considered a solution to the problem. “They either have to send over the cheques to withdraw cash, or they have to draw more than necessary and store a surplus amount of cash, although that could be a little dangerous,” he said.

Subbaramu added that perhaps if the staff at the bank could deliver the cash to their customers, it may help. “It’s not a dependent choice because we cannot demand our staff to run errands when they should be working. But if they are willing to go after working hours, that may alleviate the problem a little,” he added. 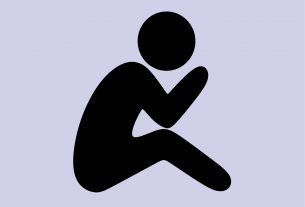 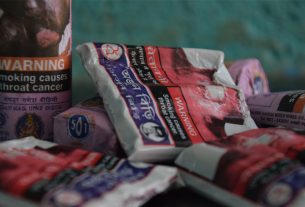