As the active caseload in Mumbai went down, unorganized workers who were hoping to start their work ended up disappointed after the lockdown was extended till June 1.

Mumbai: As the cases in Mumbai showed a slight dip, workers in the small and unorganised sectors were expecting that the government might ease restrictions in Mumbai, thereby allowing them to earn their living. The government’s decision to extend the lockdown till June 1 has dashed all their hopes.

“As Mumbai’s cases were reducing I was hoping that the government may lift the lockdown,” said Ashok Karekar, an auto driver. “My auto business started recovering after the first wave and now again the second wave has come. Now, most of the businesses, offices are closed; hence I am not even earning 50 percent of my earnings compared to the pre-pandemic period. The government announced a Rs 1,500 relief package for us but we have not received any money so far.”

Ramu, a vada pav seller, in Mumbai went to his native place in Bihar after the second lockdown. He said that he started his business in January, but picked it up again in March. But as the Maharashtra government announced a second lockdown he went back to Bihar in April. “I have been waiting since last month that the Maharashtra government will lift the lockdown so that I could come back to Mumbai. But they are extending the lockdown again and again. I have no other major means of earning over here (in Bihar) and these back to back lockdowns have worsened my financial situation,” he said.

Meena Lad, a maid working in Mulund, Mumbai said, “Some of the houses I used to work in till March have again asked me not to come for work after the second wave has hit. Last year, during the start of the pandemic they didn’t allow me to work but they paid my full salary. But now after the second lockdown neither are they allowing me to work nor are they paying even half of the salary. I am working in only one house currently and it’s very difficult to manage now.”

Sanghmitra Choudhary, a researcher on migrant workers said, “Lockdown has thrown many challenges in front of migrant workers. There is a reduction in average working hours and a significant decline in their wage rates. There is no substantial support system in place to meet the needs of the migrants. The government’s assistance is insufficient to keep migrants afloat in India’s metropolises. Since migrants play a pivotal role in building the economy, this pandemic will no doubt make a very adverse impact on the economy. Some business owners will try to take advantage of the situation by paying less and making employees work longer in the shadow economy.”

The Maharashtra government has extended strict restrictions until 1st June 1, 2021. Chief Secretary of Government of Maharashtra, Sitaram Kunte in an order said that the curbs will remain in force till 7 am on June 1. Also, any person entering the state by any means of transport mode will need to show an RT-PCR negative report. The test report must not be older than 48 hours from the entry in Maharashtra. 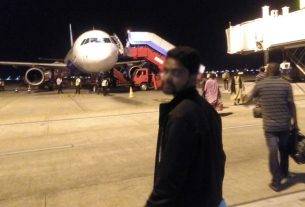