Dairy farmers are reluctant to dispose of dead cattle out in the open. The lack of any carcass plant leaves them with no choice.

Ludhiana: The absence of a specific animal disposal ground is a long prevalent issue in the city. Harjot Singh, a small dairy farmer in the city has more than 10 cows. His family has been in the dairy farming business for years. One thing they have been struggling with is the disposal of dead cattle.

Currently, most of the dairy farmers in the city dispose of the carcass of their cattle on the banks of the Satluj River. This has long been in practice. Hadda Rodi has been a point of concern for several reasons including air pollution, water pollution, land pollution and animal disposal.

Harjot said, “Nobody really likes disposing of dead cattle out in the open. But because there’s no specific place to dispose or bury the cows, we have no other option left, but to dispose them in open stranded pieces of land.”

Although, there’s a carcass plant in progress, which if completed, will help in disposing of the dead animals scientifically by separating bones, skin and other organs and putting them to their respective uses. The plant was supposed to be completed by August 31, 2020, but got delayed due to the pandemic.

Ranjit Singh, another dairy farmer who has 12 cows in Khedi-Chamedi village, on the outskirts of the city said, “We usually just call certain people who take the dead body of the cow on the outskirts of the village. Every village has this one piece of barren land that is used as a dump yard. All the dead animals are disposed of there in the open.”

“Dogs and scavengers then feed on these decomposing bodies. They do emit foul smells and we are aware of the amount of pollution it leads to, but we don’t really have the choice of disposing them anywhere else,” he added.

While the dairy farmers look for a specific place to dispose of the animal, the experts in the field have a better alternative for the same.

Dr. Arun Anand, associate professor and veterinary surgeon at Guru Angad Dev Veterinary and Animal Science  University (GADVASU) suggested a tie-up between the industry and the dairy farmers as a solution for this. “A lot can be done with the carcass of cattle. Several things we need and use in our daily lives, we don’t realize are sourced from cows. Therefore, rather than getting a place to bury them, we could put them to use.”

He added that this would also add to the income of the dairy farmers in a way and help in reducing the amount of pollution caused by disposing the carcass in the open.

Professor Parveen Kaur, Head of Environmental Studies at Guru Nanak Khalsa College for women, expressed her concerns regarding the effects of disposing of dead animals in the open. “The dead bodies emit several gases that are harmful to not just the environment but also for people. Once the body starts decaying, it also affects the land and the scavengers feeding on it. We should look at the way animals are and disposed of in countries across the globe, maybe doing that can give a better direction,” she said. 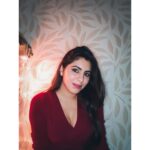 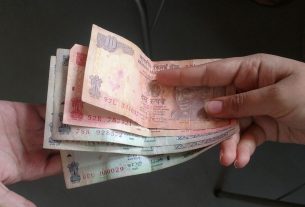