Skip to content
Home | Agriculture | ‘Protest is on, till the bills are taken back’

Farmers from Punjab, Haryana and Uttar Pradesh are heading towards the Delhi borders on their tractors.

Chandigarh: The farmers are proceeding towards the Delhi border in full force to continue with the protests against the implementation of the farm laws.

“The wheat has been harvested, and the farmers are ready to go back,” said Gaurav Tikait, from the Bhartiya Kisan Union (BKU). “We just want the farm bills to be revoked. It doesn’t matter if we have to stay for the next six months or more than that, we won’t stop the protests till we get justice.”

Many farmers had to leave the protest to take care of their harvest back home. Jagdev Singh, who has been protesting at the Singhu border since the beginning of the movement, said that the farmers have started coming back to the protest sites from May 10, 2021.

Singh feels that the Republic Day protest rendered a blow to the whole movement. “The raunak (glory) of the protest is coming back now,” said Jagdev Singh. “Many new people have joined us this time. Some trolleys have around five to ten people.”

He added, “The younger generation is helping a lot. A lot of school-going children and youth are coming to the protests to bring it back to the level at which it once was.”

Mr Tikait said that farmers from different states have different appeals for their state governments too. “We want the Minimum Support Price (MSP) as a law. The Punjab and Haryana farmers have issues with the sugarcane produce, we also want those issues to be resolved. The government should form committees to reduce the cost of these crops.”

He assured that farmers at the protest sites are following all the Covid-19 protocols. “The farmers are wearing masks, using sanitisers, maintaining proper social distancing when they are in the meetings,” he said.

“The farmers are exploited from all sides,” said Damodar Prasad, an agriculturalist and political analyst. “Agriculture is not a viable option anymore. There is no alternative for people to choose . That is the reason they are still protesting.”

The farmers’ protests on the Delhi borders—Singhu, Tikri, Ghazipur—started in August 2020. The farmers have been protesting on these sites for the past nine months. 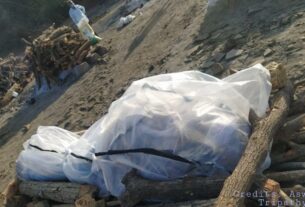 Kerala: Lockdown pushes toddy tappers into a pit of despair

1 thought on “‘Protest is on, till the bills are taken back’”