A day after World Press Freedom Day, journalists from all across the country mourn the death of press freedom in India.

Kolkata: The world observed World Press Freedom Day on Monday, May 3 and India celebrated it with silence. Over 60 journalists were put behind bars in the country for doing their work in 2020. Kerala journalist Siddique Kappan, one of the prominent names in the crackdown of journalists, continues to be under arrest under the Unlawful Activities Prevention Act (UAPA) since October 5, 2020. With this crackdown still happening, fellow journalists commented on the dying state of press freedom in India.

Ranjan Sengupta has been a journalist for the past 34 years and believes that freedom of the press, now, is a myth that will never come true. He said that the political climate of the country is a reason behind the change observed in press freedom.

“Back in the 80s or even 90s, I’d say, before Bharatiya Janata Party (BJP’s) rise, Indian National Congress (INC) party was the main political party in this country. So, for them to monitor what the press was doing and then interfering with it was physically impossible. Press freedom was much more present in those days except a brief stint between 1975 and 1977 when many journalists were arrested,” said Sengupta.

But  Sengupta believes press freedom ceased to exist in the last 20 years. He said that now not only does every political party want to control media houses, most media houses also would rather choose to be their captive than be independent.

“Most print and audio-visual media houses are purchased. This has happened to an extent that the general public, after going through their reportage, can tell which political party the media house is affiliated to,” added Sengupta.

Now reporters are declared as enemies of the state just for wanting to do their work, according to Sengupta. He says some media house owners are political leaders themselves.

“Unlike America, where the press is very powerful, our journalists can’t even imagine directly questioning the Prime Minister or the Chief Minister of a state. They know they will be punished for it. Very few media houses choose to do so. This is also a reason why now investigative journalism is practically dead. So is press freedom,” added Sengupta.

Sonjoy Bhadra, the chief reporter for 24 Ghanta, a Bengali news organization, said that even though India never really had absolute freedom of the press, the situation now is much direr. He believes that the general public has also played a role in it.

“Since the past couple of years, media-bashing has been a favourite pastime for the general public. If you go through social media, you’ll notice that the two easy targets are the police and media persons,” said Bhadra.

Bhadra brought up the late Bollywood actor, Sushant Singh Rajput’s suicide to further highlight his commentary on the masses. “When that case happened, people were constantly chastising the media saying that the press was going overboard. But if people didn’t like that, the Television Rating Point (TRPs) of broadcast channels should have gone down. Newspaper sales should have reduced. But did that happen? No, in fact, the exact opposite happened,” said Bhadra.

The narrative that media is biased should be taken with a pinch of salt since every industry be it pharmaceutical or even the government is involved in corruption. Corruption can be found in every industry so the press solely shouldn’t be made the scapegoat, added Bhadra.

He believes that this press freedom will continue to lessen. “When we commit an act of wrongdoing in our society, we are penalised. But what’s happening across the country is even though journalists are attacked or even killed, no action is taken. The press council of India can do nothing. Government officials or political leaders who are at the helm of things are actually encouraging this, so naturally, the situation will continue to go worse,” added Bhadra.

Kainat Sarfaraz, a journalist at the Hindustan Times, was heckled during the farmer’s agitation and Delhi riots. She knows many other female reporters who faced the same.

She believes that apart from institutional threats and false criminal cases, journalists also run the risk of being physically or verbally attacked by people. This stems from a distrust of mainstream news organisations, particularly television media. There has been an increasing number of incidents where reporters have been physically or verbally assaulted for doing their job on the ground.

“Several reporters faced harassment and were heckled by protesters during farmers agitation as they feared being misquoted. The situation is worse for female journalists as men often try to get over-friendly or assert their dominance while communicating,” said Sarfaraz.

Debarghya Sil, a business journalist at a news organisation, believes that the press is no longer the fourth pillar of democracy it once claimed to be.

“With the world press index ranking India at 142, India has also been denoted as one of the most dangerous countries for journalists. They get arrested just for showing the ground reality. I think to uphold democracy, the press needs to work arduously, without any hindrance,” said Sil. 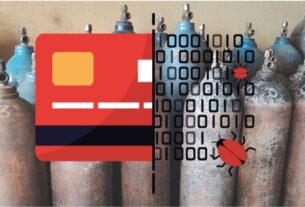 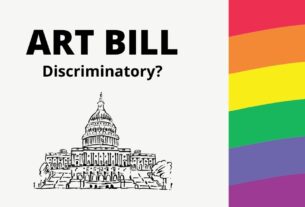 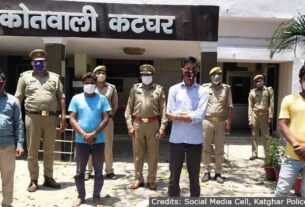