Women said that they prefer using duplicate or fake cosmetic products as they are cheaper compared to the branded ones and fit in their budget.

Bengaluru: Ishita Bhagat, a resident of Kolkata, said that she prefers using fake cosmetic products as they are fancy and she can afford them. She said that she has been using such products for a year now and loves them. “People recommended me not to use these products, but I don’t feel that they do any wrong to my skin. On the contrary, it helps me look good in my limited budget,” she added.

Gracy Shah, another resident in Kolkata, said that she and her mother have been using counterfeit lipsticks as branded ones are expensive and have limited shades. Whereas, duplicate products offer a wide range.

Dr. Sachith Abraham, a Bengaluru-based dermatologist, said these products, even though are cheaper, are not good for our skin. He said that in the long run, these can damage our skin permanently. “These products often contain steroids, hydroquinone, and other heavy metals which cause skin allergies and irritation,” he added.

Shrinkhala Srivastava, a resident of Mangalore, said she once used a duplicate foundation and it caused rashes on her face. Therefore, she doesn’t use any duplicate products now. “My skin started itching when I used such counterfeit products and I couldn’t even sleep peacefully,” she added.

Dr.Srabani said that these products can also cause pigmentation in the long run. “Chemicals in these products can be absorbed through the skin and increases toxicity in our body,” she added. A BBC report shows that these fake cosmetic products contain toxic chemicals. Hrishita Batabyal, a Kolkata resident, said that she used some duplicate foundations and concealers, which caused pigmentation around her mouth and eyes. “My dark circles increased and the area around my mouth felt dry,” she added.

In addition to skin issues, the other problem with these products is that their production is illegal according to the Drugs and Cosmetics Act, 1940. Recently, five people were arrested and fake cosmetics were seized in Mumbai worth  Rs. 24 lakh. Also, four were arrested for selling fake make-up products in Indore. The Act also mentions that the sale of such misbranded and spurious products is illegal. Abres Basha, a counterfeit cosmetics stall owner in Jayanagar, said “I had limited capital and wanted to start a business, these cosmetics were easily available, and not many funds were required. Therefore, I chose to sell these.”

Women revealed that though they faced problems after using such duplicate products, they didn’t approach the consumer protection courts as they didn’t want any hassles. Shrinkhala said, “I had rashes on my face for a week but didn’t want to get into such legal matters as it just increases stress.” Dr. Srabani said that because the customers refrain from complaining against such things, the sellers and manufacturers continue working with such products. “First consumers need to understand what is right for them and what is not. Then only the people who are indulged in such activities can be stopped,” she added.

Both Dr.Sachith and Dr.Srabani advised people to use only branded and trusted products as they are far better than their inferior duplicates. 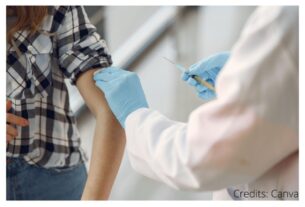 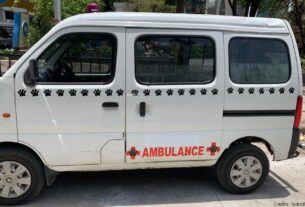