BESCOM’s solar rooftop scheme has hit several roadblocks since its inception in 2014.

Bengaluru: Ashok Sarath, a resident of Defense Colony, Indiranagar, installed a solar power plant seven years ago. Back then, he had hoped that he would be able to save money and also go green by investing in the solar rooftop. However, ever since then, his electricity bill from BESCOM has actually increased even though he only uses BESCOM energy for only geysers and water pumps.

“I had invested Rs. 6,00,000 for this project hoping that the bill would reduce, however, my bill has actually gone up. I have not even connected with (Bangalore Electricity Supply Company Limited) BESCOM’s grid so that I can sell back the power generated as that requires a copious amount of paperwork and fee.”

When you go on-grid with BESCOM, you cannot store excess energy on home batteries,, he added

The Karnataka Solar Policy 2014-21 had mandated the installation of a minimum of 6,000 MW of solar power projects by March 2021, wherein the grid-connected rooftop generation would be up to 2,400 MW. Out of this, BESCOM’s target was to be 1,200 MW of solar rooftop energy generation. As of February 28 2021, BESCOM had 2,953 customers that contribute to just 150 MW of grid solar rooftop panel.

The solar rooftop scheme, despite having a huge potential in Bengaluru, has not really taken off. A senior official at BESCOM explained that the target set for BESCOM was too high, to begin with. Next, was the huge sum required to install a solar panel, 70 per cent of which had to be borne by the consumers.

This is still a huge investment for people, especially on something like solar energy, whose absence does not affect their day-to-day working,” the official added.

On papers, the KRED has achieved the solar energy target. “The target that was set for solar rooftop in 2014 was changed a couple of years later as we realized that apartments and industries are not willing to install rooftops. We diverted that target to groundwater extraction, and we were able to achieve it,” said Raveendra K. Kori, Technological Officer, Solar Grid at KRED.

Solar energy companies, however, blame the non-competitive policies of BESCOM for this failure. Sharad, one of the directors at Solarify, a rooftop solar power company, said that the eligibility criteria for the companies to fill the tenders was so bad, that it prohibited companies to actually enter the competitive market. “In a democracy, it is not nice to have policies that kill competition,” he said.

Manjunath S. Rao, assistant manager at AVI Solar Energy explained how the BESCOM policies favoured only a few. “After August 2018, BESCOM started charging the solar companies additional charges, like transmission and tariff charges. Out of the Rs. 5 per unit paid by the consumers to the developers, Rs. 1.25-1.30 had to be paid to the government now. The net profit for the developers came down. The solar energy market is favorable only for the people who have the capacity to run on their own and can afford to invest in the initial capital amount.

Rao also explained that the time for consumers to reach the break-even point of their investment also increased from earlier six years to now seven years, as the cost of tariffs was transferred to them.

Arun Kumar, a member of the Rustambagh Residents Association for a Cleaner Environment, does not have a solar rooftop in his apartment. “There are about 30 houses in my building. All of them need to come to a consensus to opt for solar as the roof is shared by all. Solar rooftop is not a priority for everyone, immediate repairs or painting is more important.”

All over target for India for solar rooftop is 40 GW by the end of the year 2022, right now we are only at three and a half to four GW, said Prodyut Mukherjee,

Mukherjee, who has worked for Oxfam and UNDP before this, said that there are primarily four reasons why the solar rooftop scheme is failing, not just in Bengaluru but all over the country. One of them is the lack of awareness on the part of the consumers.

“Another reason is the domestic consumers don’t have any incentive to invest in solar. The cost of electricity anywhere in the country for industries is between Rs. 8-12 per unit. By solar, you can cut down your cost by Rs. 4 per unit. This is a huge saving for big industries.”

“ However, for consumers, the initial tariff is just Rs. 4 or 5, to begin with, so there is no scope of saving and they do not have any incentive to invest from their own pockets,” he said.

On top of this, distribution companies, like BESCOM put out tenders that require big companies with a good turnover to apply for tenders. Even the banks are hesitant to give out loans to smaller companies for the solar rooftop. This keeps the smaller companies out of the picture, he explained.

Mukherjee also added that distribution companies are often resistant to solar rooftop projects and do not encourage such programs.

“Distribution companies like BESCOM view solar energy as a negative intervention for them. The net metering system (a system by which domestic or commercial users using solar panels can sell their surplus energy back to the grid) reduces their revenue. For consumers a part of the energy is met by the solar panels, for which they are not taking energy from these distribution companies. This reduces their revenue,” he added. 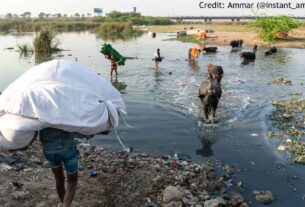 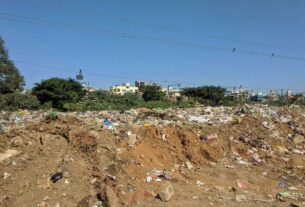 Council stops collecting garbage due to lack of dumping space 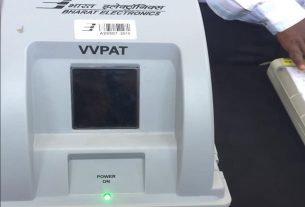