Bank officials say that banks too many coins result in them exceeding their minimum balance.

BENGALURU: Nagraj Yadav sits at his tea shack, looking despondently at the little cardboard box filled with Rs 10 coins, amounting to about Rs. 2000. He does not know what to do with them. Depositing them in a bank is a tedious process, he said, adding that his customers do not want to accept them as change either.

Tea vendors, auto-drivers, coconut sellers have all turned their backs on the coins. All of them and most other people suspect the authenticity of the coins and want to stay away from them.

Yadav said, “I’ve had to quarrel with people in Gopalan Arcade to get them to accept the coins.” He added that people come to his shack to smoke cigarettes and pay him only using coins. “I have no other option but to accept them since they would not pay me in notes.” He has a few coins, which have been with him for over a year now.

Raghu, manager at State Bank of India (SBI), Gubbi said, ideally, banks are supposed to accept them. Since the banks have an excess of these denominations already, they refuse to take them.

Ms. Shaila Nagaraj, a retired head cashier at the State Bank of India confirmed that banks have coins in surplus, which both the customers and the RBI are reluctant to accept.

The Bengaluru branch of RBI said that Rs. 10 coins are supposed to be accepted by the banks if anyone goes to deposit them. While RBI may not be accepting them for now due to a shortage of counters, the coins remain legal tender.

An RBI press release, dated November 20, 2016, said these coins should meet the transaction needs of the public. Further, as these coins remain in circulation for longer periods, it is possible that coins of different shapes and sizes might be in circulation at the same time.  The RBI has issued 14 varieties of Rs. 10 coins, all authentic. 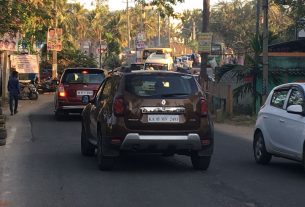 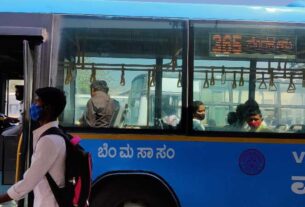 We can’t run AC buses till there is demand for them: BMTC