Children in Karnataka are vulnerable to growth stunting and malnutrition as the mid-day meal program is affected because of Covid-19 guidelines.

Bengaluru: Malnutrition, anaemia and stunted growth have worsened in children in Karnataka because of the pandemic. According to the fourth round survey by National Family Health Survey (NFHS), 39 per cent of children between the age group of three and six suffer from stunted growth, 40 per cent from malnutrition and 56 per cent from anaemia in the state of Karnataka.

According to a recent report by the UNICEF Office of Research and the United Nations World Food Program, more than 39 billion school meals were missed globally during the coronavirus pandemic.

In India, about 358.33 lakh children in the age group of three to six directly benefit from the Mid-Day Meal scheme, according to the Annual Report 2018-19 published by the Union Ministry of Women and Child Development.

As the schools were shut due to the current Covid-19 guidelines, children missed mid-day meals and had to rely on dry rations. Prameela, the Assistant Headmistress of Sarkari Madari Hiriya Prathamika Shaale, a government school near Mysore Road, said, “The state government has decided to provide dry grains like rice and dal which will be delivered to the houses of students till the situation improves.”

“The quantity of grains supplied depends on the age group of children,” she added. Most of the children in the school belong to the nearby village and are from lower-income groups. For most of these children, mid-day meals are their main source of nutrition. According to media reports, this scheme was discontinued in June and 48 lakh children have not received ration for several months.

The State Government supplies the dry grains to the schools, explained Prameela. “The school administration is helpless if the supply gets disrupted for some reason. But we try to ensure that whatever supply we get, reaches the children. Recently the government has also started providing wheat, salt and oil in addition to rice and dal.”

Ratna, a mother of two children studying in K Golahalli High School, Nalakamba, said, “The supply of food grains has been quite erratic. They usually supply it once in three to four months. They provide three kgs of dal and five or six kgs of rice; recently they’ve also started providing oil. The quality of grains varies and is not always up to the mark.” She said that the quality of grains received varies and that it’s not always good.

Ashok Bose, a Kolkata based nutritionist said, “Mid-day meals are one of the main sources of nutrition for children from poor and under-privileged sections of society. Malnutrition and stunting among children of age group three to ten should not be taken lightly by the government as it could have long term effects on their physical and mental development.”

The current diet plan, he found, is more carbohydrate-heavy and it could increase the incidence of Protein Energy Malnutrition (PEM) in young children.

“The diet should include more sources of protein and calcium like milk and egg. The government should consider resuming the Ksheera Bhagya scheme of providing milk powder. Devising and delivering a wholesome diet to children regularly should be ensured by the district administration and the schools,” he added. 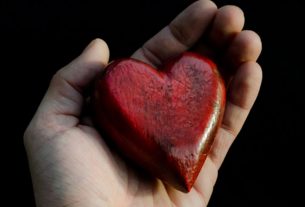 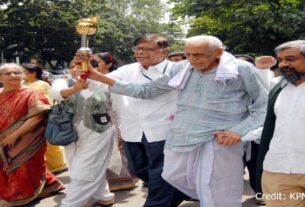 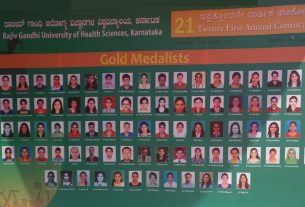