Vernacular magazines like Antarnaad Diwali special magazine from Maharashtra, which published its last edition this Diwali, face a risk of shutting down.

Over 100  Diwali magazines were not published this year due to covid-19  and a reduction in readership. Antarnaad Diwali magazine, with a tradition of 25 years, published its last edition this Diwali.

“Readership has gone down mainly due to two reasons. First, readers who seek information have moved to the internet, and second, readers who seek entertainment have turned to television. Advertisement for our magazine has reduced over the years, and major advertisers are going to electronic media. This year’s edition is the last edition of Antarnaad Diwali magazine,” says Bhanu Kale, editor of Antarnaad Diwali magazine.

The sale of vernacular magazines also went down because of an increase in English medium schooling. English readership in the country is growing, according to an IRS survey. Kale added, “Most of the new generation is sending their children to English medium schools. This generation thinks and reads in English only.”Looking at the spread of the English language, editor of Padmagandha, another Diwali magazine, Arun Jakhde, said, “In future, we may publish our Diwali magazine in both languages, Marathi and English, to attract multi-lingual readers.”

Magazines are also incurring losses due to piracy and reduction in advertisements. Publishers are not able to stop illegal sales of books or magazines through piracy. Jakhade added, “Due to PDF sharing and piracy, the sale of the magazine is very less. Our sale is also hampered due to less advertisement by the government. We used to get major advertisements from the government, as earlier many officers were Marathi-speaking and had sympathy for the Marathi language.”

Some readers and sellers of magazines also highlight the use of the mobile phone as a reason for a reduction in overall readership “The biggest threat to Diwali magazine and overall readership is of mobile, as the whole generation is on the mobile full-day” said Arun Jakhde. The average person checks their phone 63 times a day and spends roughly 171 minutes on their smartphone alone, shows a report. Out of this, 88 percent of users use their mobile phones for texting, whereas reading is their fifth reason to use mobile phones.

Ph.D. researcher on the topic ‘Role and impact of alternative media’, Anurag Anant said, “Vernacular mediums should come up with a strategic innovation to market their content like hiring a relationship manager or coming in a digital platform. They need to develop the affection about Diwali magazine among new generations of readers. Now digital media is available in various forms like e-magazines, podcasts, videos. If they move ahead on these digital platforms with proper marketing, there is a bright future for them.” 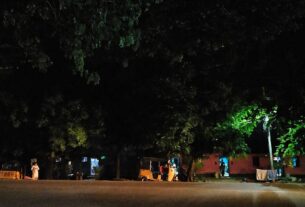 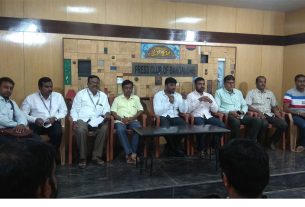 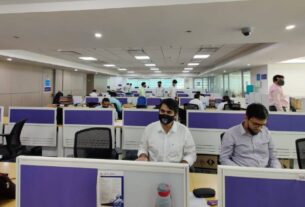 NFRA exercising powers outside its jurisdiction

5 thoughts on “Antarnaad magazine publishes its last edition this Diwali”