Analysis of a survey shows not just an increase in time spent on social media applications in the lockdown, but also a surge in social media users. This increased usage has left an adverse impact on people as they struggle to break the cycle of mindless scrolling.

Bangalore: A quick survey revealed that several people who used social media increasingly during the lockdown found it to be unproductive. Some also noticed the adverse impact this had on them.  Application developers said companies often use various strategies to keep people engaged in social applications for a long period.

People felt that this increased time had led to a cycle they found hard to break out of. “I’ve found myself feeling disorientated on days because of this increased screen-time. I have also broken this habit several times but there are days where I find myself falling into it again,” said Tanvi Bothra, resident of Delhi. “On certain days, I don’t know what else I did apart from being on my phone,” she added.

The psychological effects of these applications are used by companies to design applications to catch one’s attention. Martina Mamdooh, an app developer from Amsterdam said, companies analyse one’s status, posts, photos and memories by using machine-learning techniques. “These techniques help captivate one’s attention. Based on these, we put advertisements and content that attract the consumers,” she added.

People have also associated social media with addiction. Pareesha Vajani, who works in an Ad agency in Mumbai, spoke of her experience with social media. She said that the internet often made her upset as she couldn’t pull herself out of using it, “the internet is an addictive, vile place”.

Dr Jyoti Sharma, a psychologist (mindfulness coach and practitioner), said that social media takes people out of their real lives, setting up expectations of a fantasy that isn’t ideally achievable and gets destructive. “We end up distancing ourselves from real-life connections, creating a boundary where we can’t express ourselves anymore,” she added.

Nikhil Bhardwaj, a biotech engineer, said he often felt the compulsion to portray a perfect life online.“I found myself addicted to sharing, liking and mindless scrolling on social media apps,” he said, “I was falling into a deleterious pattern.” He added his excessive use of Instagram had prevented him from living in the present moment.

Dr Sharma warned of the impact excessive use of social media can have on mental health. She said that social media becomes the core company of people, especially during times of isolation. However, this leads to a lack of confidence and inability to interact in real life. “This is a risk as it creates anxiety and leads to symptoms of depression,” she added.

The drastic change in social habits because of this increased use was also noticeable within social circles. Vibhu Lawas, in the hospitality sector, had noticed a significant decrease in social skills in those who use social media platforms for an excess amount of time over those who don’t. “Most people that spend their time texting all day, often don’t have the confidence to carry forward the same conversation in real life,” she said. She mentioned her experience with several people who can’t communicate in real life as they do over texts.

Mayank Lawas, a resident of Ajmer, called his experience on social applications both productive and unproductive. “Social media can be used as a source of knowledge, news and a platform to help spread awareness on various issues,” he added.

The addition of interesting features like sharing options, liking, providing information on various topics and giving the option to make money online are also strategies used to keep a person engaged on social applications, according to Giridhar Marichetty. He works in the Information technology sector in the United States.

“Social media has psychological impacts on a person,” he said. He said people would continuously check their social media accounts after posting a picture or sharing a post. They would do it despite not having received a notification.

Manish Agarwal had a similar experience with social applications. He mentioned that he would continuously check websites to check it if a new video was uploaded or if a new update was available.

Dr Sharma suggested techniques to break this “vicious cycle”. She strongly recommended the need to introspect. She said one must understand the impact of social media on our mental health. It helps one to work towards betterment, “acknowledgement along with the action will help break this pattern.”

The quick survey showed that 29 out of 39 people spent over four hours each day on their phones. Of these, 92.3 per cent noticed their screen time had increased during the lockdown. 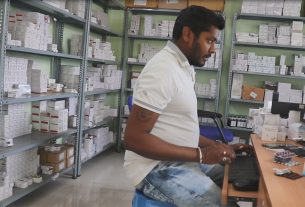 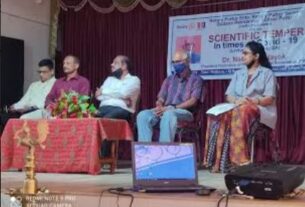 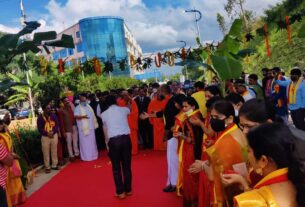