Many cancer patients missed their chemotherapy cycles during the lockdown and have faced adverse effects on their health.

Lucknow – Doctors say many cancer patients have missed their chemotherapy cycles during the lockdown. This has left them with adverse side effects and have pushed their treatment back to square one. A lot of them faced the recurrence of the disease and a few even succumbed to it.

About 50 percent of cancer patients missed their therapy sessions in a government hospital in Lucknow. Out of that number, nearly 30 percent patients didn’t have private transportation facilities and due to the lockdown restrictions, they couldn’t find public facilities either. The remaining 20 percent missed the therapy due to unawareness, as they didn’t know that the Outpatient Department (OPD) was functioning, stated Dr. Vijay Kumar, a Surgical Oncologist in a government hospital, Lucknow.

“Chemotherapy is given to cancer patients for three reasons, to increase the lifespan of the patient, for further treatment after operation and to reduce the size of the tumor before operation”, he continued. If a patient misses the cycles the disease progresses. There are chances of recurrence too, which may turn out to be fatal. The cost of the therapy per cycle in a government hospital comes to about Rs. 3000 to Rs. 4000. Missing cycles could result in getting the whole process to be repeated   which patients might not be able to afford.

He further said that due to most of the staff being assigned towards Covid-19 duties it became difficult to handle the patients, but every effort was made.

A 39-year-old patient  with Esophageal cancer  said that it became very difficult for him to visit the hospital for the cycles during the lockdown. As the government announced a lockdown, all the public transportation services were stopped, and they did not have a private vehicle  to commute. The patient’s wife, 32, said that they got  little care and guidance from the hospital and doctor earlier. Hence, they had to change the doctor. The therapies that were  scheduled to end in April had to end  in March due to the lockdown.

She added that her husband’s operation was due in March but the gastroenterologist they were consulting  told them that the Operation Theatres (OT) were not functioning during that time. “They asked me to admit my husband to the hospital as they would be operating him but kept him there for two months and didn’t treat him. When they discharged him after two months, they referred him to the oncologist as his health was worsening. The patient got his four-chemotherapy cycles from August and the hospital demanded them to get tested for the Novel Coronavirus and present them a negative report before every cycle. Hair loss, weight loss and upset stomach are some symptoms of health deterioration, she  noticed in her husband due to skipping the therapy cycles and delay in the surgery.

Anurag Awasthi, Chief functionary of Caring souls foundation (an NGO for cancer patients) said, “Not only the patients, but all the organizations were affected due to the pandemic. This was one of the most hard hit and affected sector post lockdown.” Around 85 to 90 percent of the population suffering from the disease prefers to get treated in the government hospitals because of economic and technological reasons. The machines required for the treatments are found in the government hospitals at cheaper  prices, he added.

“The reason for people not visiting hospitals was that most of them were converted into Covid centers. The government ordered the OPDs to close during the lockdown. All the fund, infrastructure and manpower was diverted towards Covid which left  cancer patients helpless. Above that the people were in fear of the virus,” he said.

The patients were afraid to get tested for covid. They had a fear of being turned down by the hospitals and doctors if by any chance they tested positive for the virus. Both the government and the private sectors hospitals were not willing to accept  cancer patients even after they received a negative report from them, he added.

The cells mutate at an abnormal rate in a cancer patient. Missing or delaying the treatment or the therapies fastens the mutation. Due to the increase in speed  the fatal disease progresses in the body. People suffering from the disease who missed their chemotherapy cycles have faced serious repercussions on their health. 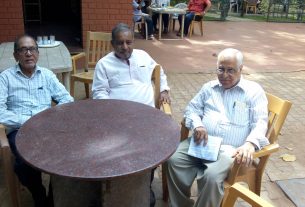 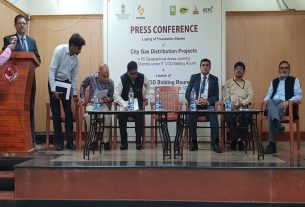 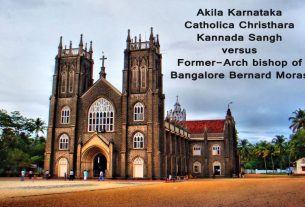 Former-archbishop of Bangalore accused of corruption