Motor vehicles continue being indifferent about their congestion on zebra crossings despite regulations. Pedestrians become prone to accidents.

Kolkata: Pedestrians said they continue to face difficulties in crossing roads due to vehicles stopping on the zebra crossings. In spite of traffic restrictions being imposed, vehicles continue to crowd the crossings and hinder walkers’ visibility of vehicles coming from the opposite lane.

“It is a violation of the law, period,” said Ruprekha Ghosh, a resident of Kankurgachi. She suggests that a gradual shift in the behavior of car drivers needs to be brought as hardly any of them follow any rules.

In a place like Calcutta, where hardly any pedestrians abide by rules, the vehicles need to be more diligent because the cars are more likely to run over the pedestrians and not vice-versa. “This is the reason that pedestrians have to jaywalk their way to reach the opposite lane,” she adds. Pedestrians expressed that fines should be imposed as and when these acts are witnessed.

“A spot fine of Rs 100 is imposed upon vehicles who obstruct the zebra crossings,” said the traffic police. However, it is not always a deliberate act on their part according to them. “These kinds of acts are monitored through cameras and anyone violating it is prosecuted,” said Bibhas Mondal, the Officer in Chief (OC) of Ultadanga Traffic Guard. “Drivers have a tendency of crossing the signals in haste and they often misinterpret the yellow signal,” he added. The distance between the stop line and zebra crossings is as short as three meters. “Hence vehicles want to get past before the light turns red,” he claimed.

Mondal however, said that these kinds of cases have reduced in recent years and the number of fines has been as low as Rs 300 a month. The annual review of Kolkata Traffic Police 2019 also shows that stop-line violation cases have gradually decreased over the years.

Apurva R. Andurlekar, an executive team member of Sincrono Solutions Pvt Lmt, Traffic and Transportation, Mumbai said that the curvature portions or the turning points for vehicles should be free of zebra crossings.

“Zebra-crossings should be located in the ‘straight road’ portions”, he added. He also stated that the distance between the zebra crossing and the stop-line must be at least ten feet. “These are all technical points which should be implemented on the roads.”, he added.

“The space before and after the curvature point should be kept parking free and devoid of any encroachment or street furniture,” he suggested since he believes that this will solve the problem and pedestrians will not face any difficulty while crossing the road. 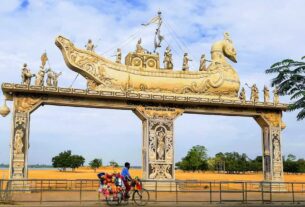 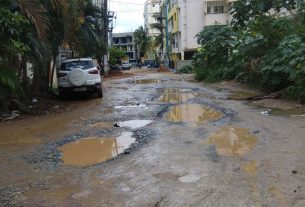