Skip to content
Home | Bangalore | BBMP: Who let the dogs out?

Dog owners, animal welfare associations and other concerned NGOs slam the BBMP Animal Husbandry bylaws that decide how many pets an owner can keep in Bengaluru.

In Bengaluru, parents will soon have to abandon one child based on their aggression level as per the new bylaws proposed by the Bruhat Bengaluru Mahanagar Palike (BBMP). You might say that deciding on how many members one must have in a flat is none of BBMP’s business, but not anymore.

Since the past two years, there’s a constant conflict going on over the pet bylaws revised policies between animal lovers and the government local body. . Acknowledging the complaints received from neighbours of pet owners residing in flats, the BBMP has introduced the Pet Dog Licensing Bylaws 2020 that limits the number of dogs per flat, stirring the conflict to another level.

In addition to the ban on ferocious dog breeds from staying in residential units, BBMP has taken three dog breeds—Doberman, German Shepherd and Hounds into their radar and has ordered to outcaste them.

Akash Sharma, a resident of Jayanagar, owner of four pet dogs—one German Shepherd and three Labradors. Appalled by the ban proposal Akash said, “Today, they are saying we can’t keep more than one dog and tomorrow they would ask us to abandon our siblings, just because of few neighbours’ This is a nuisance. No! it’s not justified.”

“Barring any pet breed won’t solve the problem. If BBMP is genuinely concerned about the few complaints then they should first relocate stray dogs. I have a three-year-old German Shepherd and it’s not at all aggressive—it plays with my neighbours. It all depends on how you train your dog,” added Akash.

Latest dog census in Bengaluru showed that there are around 3,09,972 stray dogs in the city against 1,85,000 in 2013. These figures indicate the failure of BBMP in implementing Animal Birth Control (ABC) programme.

Ranjan K Jha, owner of a pug name Romeo said “Any Indian will get offended if they’re asked to limit the number of kids they produce. And our dogs being a part of our family are like our kids. This is some next-level race discrimination against few breeds of super active dogs. And let’s consider this ban for a second. I want to ask BBMP do they have enough space and centres to relocate the abandoned dogs. Well, citing the condition of stay dogs, the answer is pretty clear,” added Jha.

In 2018, the BBMP failed to implement the ‘one home, one dog’ rule after thousands of dog lovers filed a petition in the Karnataka High Court, forcing the local bodies to withdraw.

“My pet is as naughty as my neighbour’s kid. So, does that mean I should go and complain about the kid and urge the government to pass a law on the ban on reckless kids? Then how can BBMP decide on mere assumptions that keeping a specific breed could be harmful?” questioned Akash Sharma.

One of the proposals makes it mandatory for the pet parents to obtain an Aadhar card for their dogs i.e. a licence, give the proper vaccine and embed a microchip in the dog’s collar. And failing to do so will be charged a penalty of Rs 1000 by the BBMP.

However, the law hasn’t been approved by the state government yet as the revised laws are expected to be discussed in the BBMP council meeting.

“Given the clearance, the proposal will be then reviewed by the Urban Development department where the draft will be open for objections and suggestion, and only then it will be notified after taking all the perspectives in consideration,” said Dr Sashi Kumar, Deputy Director BBMP animal husbandry department.

“This is done to ensure the safety of both pet animals and residents. By making all the owners obtain a license and renew it after a point of time, we will be able to keep a record of the number of licensed dogs,” added Dr Kumar.

Slamming the BBMP’s proposal, Dr Narendra R, founder of Bengaluru pet hospital and President of Karnataka Veterinary Council, said, “To take such decisions BBMP must bring in the breed experts, otherwise they can ban on assumption.  Thorough study and planning are required in this matter before implementing any law.”

Asserting the fact that not all the dogs are genetically aggressive and bite, Dr Narendra suggested that if the pet dogs are given the vaccine and are well socialised by the pet owners then these creatures don’t create trouble for neighbours. “Although, deciding on who can reside a dog in the apartment and who can’t is a vague concept and needs more justification,” he added. 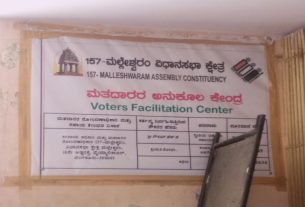 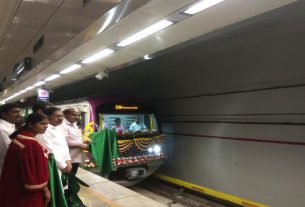