Skip to content
Home | International | Goa to UK: Pointy road for the Goans

The new point-based immigration system of the United Kingdom will impede emigration of Goans to the UK.

Money, skills and now immigration! Goans, most of whom are low-skilled workers, are worried about not meeting the minimum requirement to pass through the UK’s point-based immigration system.

The United Kingdom in one of its primary Brexit implementation endeavors, released a new point-based visa system last week that will block the low skilled immigrants from entering the country.

Milagrina has recently immigrated to the UK on a family visa to stay with her husband who works in a factory.  “I am lucky to get mine and my baby’s visa before the official (Brexit) announcement. It was a long wait,” She plans to not work there as her baby is just three.

The new system demands minimum 70 points from the European Union (EU) and non-EU immigrants. To continue staying, the residents need to apply for settled or pre-settled status.

The number of Goans working as airport drivers, on cruise, as support staff and in the low-skilled hospitality sector is high.

Reports peg the number of Indian-born Portuguese citizens in the UK at 20,000 as of 2015. Lately, EU countries are facing a surge in conservative political parties from UK to Italy that holds the EU guilty of eroding their sovereignty. The EU is found on a policy of single market, single currency and no internal borders. This last feature has faced intense criticism as evident in the European Refugee crisis where refugees from the Middle East and East Europe, that sought asylum in any of the European countries, spread across Europe. And the only way to close borders for these migrants would be to separate from EU.

Suela Mesquita, a Goan by birth, gave up her Indian citizenship and became a Portuguese citizen last year. She now works as a pharmacist in Salisbury. “I don’t want to move out of the UK yet. Here I am getting paid more than I will ever be paid in any other European country… Yes, the rent is high but language is a problem in other European countries. If I have to move out of the UK, I will go to Portugal even though their economy is small,” Mesquita said.

Reports say that the duality of language and citizenship in the European Union is the reason for many Goans to apply for the British passports.

A study by Lira Menezes Gama on ‘Migration of Goans’ states that better economic status and lifestyle are the factors that drive the Goan youth ashore in recent times.

Despite the alarm of Brexit, the number of Goans emigrating to the UK remained high. Antonio Costa, Prime Minister of Portugal with Goan origin has extended a welcoming hand to the Goan community in the UK.

Derrick Netto, Managing Director, Human Resource Development, Goa, said that they can’t comment on the impact of the new-point based visa system, the Department of Skill Development might be able to explain.

The study also says that Goan youth go to places where they are paid two-three times their elders or their counterparts back home… Stagnant Goan economy and the allurement of job opportunities outside the territory were the main reasons for migration which accelerated from the mid-19th century onwards. 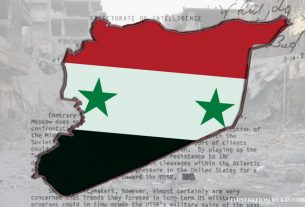 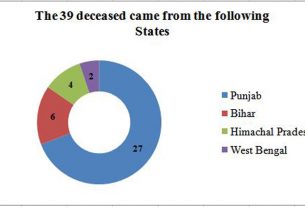