Skip to content
Home | Business | Paying Rs 14,999 for video message from Jannat Zubair? Not for long

Did you know it would cost you 15k for your favourite actor to give you a shoutout on video? And almost Rs 4,999 if the person were to DM you on social media? But experts and some celebrities are questioning the rationale behind the idea and the sustainability of the business model.

Bengaluru: Mobile applications that ensure a qualitative and safe space for engagements between celebrities and their fans, for a price, are on the rise. However, business experts and investors are left questioning the feasibility of this business model.

An angel fund investor, requesting anonymity, said, “The availability of the celebrities to respond to requests by fans just because they paid for it doesn’t appeal to me as an investor. I don’t think this is a sustainable business model in the long run.”
She feels that from the customer’s perspective, this could be a great opportunity to connect with celebrities. However, people would not go beyond spending more than once or twice on it.

Start-ups like Wysh, YoShot, Celebrify and Tring have been a popular choice amongst fans who look to connect with their favourite television stars and celebrities, TikTokers, YouTubers and other social media influencers. Payments for fans start from Rs 500 and can go upto Rs 15,000 in some cases, to get a personalised message, birthday wish or video message from their favourite stars. Users can only suggest the price range and the amount is then decided by the celebrities, depending on the popularity and the kind of request placed by the fans.

In an interview, the Chief Executive Officer of Wysh, Mahesh Gogineni was quoted saying, “For a fan, there is nothing better than getting a personalized message from their favorite star. It truly would make their day. This thought was the inception point for Wysh.” Wysh was launched this month in Mumbai by Sunny Leone.

A media report suggests that 75-80 per cent of the requests placed with Tring, a celebrity app, came from small towns and cities. These platforms have banked on the rampant negativity and trolling on social media platforms.

Sumit Sharma, a social media influencer, disagrees. He said, “It definitely is a good platform if we look at how hostile and abusive social media has become. But youngsters, who are the most interested in such platforms, do not have their own source of income.”

He also said that he would not prefer enrolling on such a platform which takes advantage of the loyalty and support fans have shown him. He would much rather do a photo-shoot and endorse some brands to get paid than use this platform to market himself.

Another report suggests that Tring, which was launched in December last year, has successfully involved 250 celebrities and investments have raised the company’s evaluation to $100,000.

Latika Gill, a popular TV actress said, “I don’t think it is ethically correct to commercialise the bond we share with our fans. It doesn’t matter if we have hundreds and thousands of followers; we try to keep in touch on social media as much as we can through live chat and posts.”

She added, “Instead of making the fans pay, the founders could create a quiz that would also help us know how well a fan who is requesting interaction with us, knows us. It would be a far better idea than asking fans to pay.”

Another actress, Nandini Mourya said that this was a very exciting platform which she would definitely join. “Celebrities would also benefit from such a platform, not just because of the scope of interaction with their fans but also because it would help their popularity.”

The concept first began in 2016 with the launch of the Virat FanBox. A Delhi-based startup Privyplex helped fans who were willing to buy a Motorola smartphone priced at Rs 16,999, meet with cricket player Virat Kohli. The smartphone came with a free membership to the fan club.
The investor further said, “Even if the disposable income of people is increasing and they are more willing to experiment with such things, a company dedicated exclusively to such interests will not survive. These start-ups may work if they become part of a bigger company that offers personalised gifts on the special occasion of its users, it could work.”

Ankita Kumari, a consultant with McKinsey & Company said, “People prefer to use platforms that have mass accessibility and are also free. They will lose their charm after users have spent money on them once. No matter the trolling, celebrities and fans would always prefer social media because of the wider scope of interaction.

Though the evaluation of these companies is good, their profits would decrease over a span of time, she added. 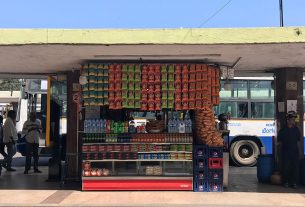