The population of indigenous cattle has dropped by 6 percent despite an overall increase in cattle population.

Hallikar is one such indigenous cattle breed that has reduced to a dismal 1.2% of the total indigenous cattle in Karnataka. These cows enjoyed royal patronage in the Vijayanagara Empire owing to its resilience, a quality of the draught cattle. Today Hallikar population is merely 18,07,932 , while Amrit Mahal, its hybrid is 2,29,063 in number.

Harish, a dairy farmer who owns five Jersey cows and two calves said, “Due to automation in farming, the white cows are not required any more. They also give very less milk compared to Jersey cow hence everyone in the neighborhoodhas jersey cows.”  You still haven’t explained automation here.

To conserve the population of the indigenous cattle, Department of Animal Husbandry and Dairy (DADF) has come up Rashtriya Gokul Mission scheme.

The Rashtriya Gokul Mission scheme aims at developing and conserving of indigenous cattle breeds developing programs to improve their genetic makeup and increase the stock and enhance milk production and productivity. The abandoned indigenous cows are being replaced by dairy mechanization and the jersey cows are left at the mercy of private goushalas that are not fully equipped or sufficiently aided by the government. 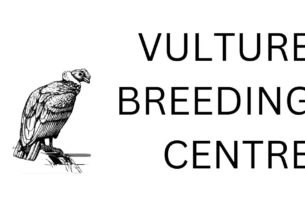 Ray of hope for Vanishing Vultures