Seven years after the Supreme Court ordered an end to the over-the-counter sale of acid, it is still freely available in the shops of Bangalore.

Industrial acid burns on contact with the human skin, eating through flesh, fat, even bone.

Despite the Supreme Court order to federal and state governments to regulate the sale of acid, The Softcopy purchased multiple acid containers, no questions asked, for just Rs. 50 per bottle. All it takes is Rs. 50 to ruin a life forever.

The Supreme Court order stated that acid would only be sold to those who show a legitimate identity proof. It also stated that buyers would have to clarify why they need the acid and all acid sales would have to be reported to the police.

Hemanth S, a Human Rights Advocate said, “Acid attacks can be witnessed throughout South Asia, with cases reported not just in India but also in Bangladesh, Pakistan, and Afghanistan.”

While countries like Bangladesh and Pakistan have passed legislation to prevent these attacks, acid attack laws in India are still governed by the Indian Penal Code. How different is that?

Passing strong legislation against acid attacks and furthering the fear of stringent punishment is the first step in preventing these attacks, Hemanth said.

Section 326 A of the Indian Penal Code lays down a minimum punishment of 10 years imprisonment for an acid attack. The punishment can extend up to life imprisonment with a fine.

Acid is an extremely inexpensive entity. People buy acid to clean toilets and bathroom floors as it costs a quarter of the price of bathroom cleaning liquids, Dr. Acharya, a general physician said.

“Acid attacks are monstrous crimes and everyone should work on the ground, along with the police in making the city acid-free.” said, Pragya Singh an acid attack survivor.

She set up Atijeevan Foundation in 2013 to help other burn victims.

Pragya said, “We need to first work on making at least one area in Bangalore acid-free. Inform the police wherever you  discovered acid being sold freely. If the police don’t take action in 15 days, they are liable for punishment.”

“The punishment when the police do not come through does not really happen because those who will give the punishment also are within the system. The Supreme Court order is also just a guideline, there is a need to pass legislation to manage acid sales and attacks,” Hemanth said.

“Cleaning the bathrooms and houses with acid can cause permanent respiratory problems so itshould not be used for household purposes anyway.” Dr. Acharya said.

Kumar Gowda, a departmental store owner said that in his knowledge, no shopkeeper ever asks for photo-identity proof to sell acid.

He also added “Most people only buy acid to clean bathrooms,” 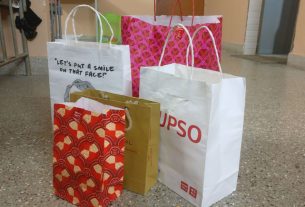