Security in government schools of Bengaluru has been neglected since long.

NIMHANS School Safety Appraisal revealed that only 25 percent of the schools have school safety facilities.

“The government has so far been able to fulfill only the basic necessities of these schools, such as toilets and midday meals. But the safety measures have been ignored,” said Mangla, Public Relationship Officer (PRO) in the Department of Public Instruction.

The National School Safety Policy Guideline encourages the Department of School Education (both government and private) to adhere to the urgent need to ensure school safety for children in rural as well as urban areas of the country. The Natural Disaster Management Guidelines of school safety policy focus on key elements of having a “safer environment for children from their home to school and way back.”

NIMHANS reported that safety guidelines were followed more in private schools than in public schools.

Mr. Anup Kumar Chakraborty, Joint Secretary of District School Sports Association, emphasizing the importance of safety policies in government schools said, “Safety measures are basic tools which all government schools need to create a safe environment inside as well as outside its premises.”

He added, “Fire alarms are very important to alert students and teachers in an emergency. In case of fire if there is no alarm it will be very difficult to alert the whole schools immediately. Also, teachers cannot have an eye on each and every student, so CCTV cameras are important as well.

Government teachers complained of the absence of safety facilities in their schools.

Dhana Lakshmi, Head Mistress of Hosahalli Government School said, “My school has a strength of 65 students but we don’t have a fire alarm on our premises to alert the students in case of any emergency.”

“The School Ahead sign is put in such a way that it is not visible. Also, we don’t have a security guard because the government is not willing to pay for the watchman,” she added.

Raj Lakshmi, another Headmistress of Vijayanagara Government School said, “We have employed a person who works as a watchman and also serves midday meal to the students. The government does not provide funds to keep an extra person to do an extra job. We have to manage ourselves using whatever resources we have.”

Shoba, a teacher at Gangondanahalli Government Primary School said, “We neither have fire safety alarm in our school nor CCTV cameras. If we have to keep a guard for controlling the traffic near our school, the headmistress has to pay from her pocket to keep a security guard.”

Two students of Attiguppe Government School also complained about the lack of traffic control signs, due to which they face difficulty in crossing the busy road. They said that their teachers have to assist them every time.

PRO Mangala added, “Yes, I agree with the fact that many government schools in Bengaluru lack safety facilities. But the problem we face in implementing these safety rules is that we don’t get enough funds from the government to execute this School Safety policy strictly. We are able to fulfill only the basic necessities of the schools using the funds we get from the department.

She further said, “We try to reach out to NGOs and other private agencies for financial assistance to fulfill all these school safety policies in government schools. 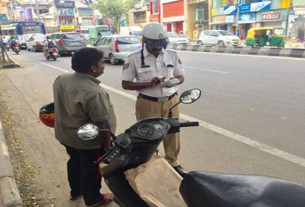 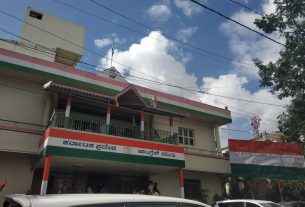