Proper use of technology and artificial intelligence could be a solution to the city’s traffic woes. However, major junctions of the city are yet to get high-resolution CCTV cameras to capture commuters and motorists breaking the laws and APNR cameras as well as multidirectional infrared and colourless laser sensors.

Traffic police can now keep a count of the miles and the  pace at which you drive  with this new technology called automatic number plate recognition (ANPR) CCTV camera system. But Bengaluru’s traffic police like to mind their own business, as the city lacks such contactless implementation system for better monitoring of vehicles.

In 2019, Bengaluru Traffic police planned to deploy 1,000 cameras and 100 red light violation detection (RLVD) cameras, along with 30-40 NPR cameras.  Out of the total, only 10 RLVD cameras have been installed till now at ten junctions—including TC Palya, ASC centre, BMTC Shantinagar, Nagathapura, Deve Gowda junctions and five other.

Although the city has video surveillance cameras installed at 175 junctions to monitor large gatherings, maintain law and order etc, Bengaluru traffic control management is yet to learn the benefits of ANPR smart cameras.

M C Kavitha, assistant commissioner of police, traffic department said, “There are ten ‘infrared light violation detection cameras (RLVD) in the city. We are planning to propose the demand for more such cameras for major junctions.”

“Most of the monitoring of vehicles is done manually by the traffic police with the help of CCTV cameras,” she added.

S P Somashekhar, the general manager and project director at National Highway Authority of India (NHAI) said, “scanning devices used to check FASTags already have tracking technology installed, by which the authority can trace the movement of the vehicle and can also check if the vehicle is registered, so there’s no such use of installing ANPR systems.”

In a bid to reduce the number of traffic rule violation cases, illegal number plates and other vehicle related crimes like smuggling, the traffic police department of cities including Chennai, Ahmadabad, Delhi etc had installed ANPR cameras.

A traffic police inspector in Bengaluru, who wants to stay anonymous, said that he is aware of the CCTV cameras that are there in the public places, but doesn’t know about the number plate reading cameras system.

Automatic Number Plate Recognition cameras are high-level infra-red cameras with night vision that can trace the number plate of the vehicles passing by it. Anyone found violating the traffic rules will be monitored and tracked by this new technology. Last year, in Chennai alone 64 pilot cameras with  ANPR software  were installed at junctions aiming to reduce the traffic rule violation  in the city. Over 6,2665 challans were issued to drivers using this contact-less enforcement system.

The automatic number plate reader camera captures the suspected vehicle by scanning the number plate and then cross-checking the registration with the stored database. And as soon as the car is tracked, a team at traffic control room is alerted about it, who then take required actions against the offender. , . This technology also helps in restoring s vehicles that were stolen,, recognizing fake number plates, and reducing the traffic violation in the region.

“ The unregistered vehicles don’t have the number plate carved and nailed to the vehicle, which can be identified easily by looking at their number plates, but due to negligence, these vehicles roam all around the city. At least with this technology, the use of fake number plates will reduce,” said Shabir Pasha, an auto-driver.

Early last year, Bagalkot district of Karnataka  installed number plate reading cameras in four of its major regions. District police confirmed that the technology used by the traffic police to keep an eye on the vehicles is better than the one in Bengaluru.

Asserting the necessity to introduce new technology devices for the security of drivers and commuters, Akshay Arora, an electronics and communication engineer said, “Technology has become so advanced that every government department should use it to full extent. Devices like ANPR cameras are made to ease the work of traffic police. And the handling the congestion and monitoring the violation manually is tough in a metropolitan city like this.”

“Spending on good technology will prove as a long-term investment, so there should be ANPR cameras at major junctions to assure safety,” he added. 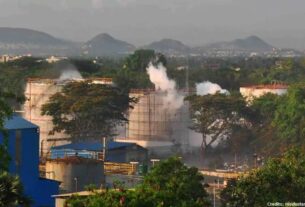