After the central government’s ban on dual Maximum Retail Price (MRP), some companies have come up with a way to circumvent the law and most customers are unaware.

Processed food manufacturing companies are selling water, soft drinks, and snacks at higher prices at malls, railway stations, bus stands, airports and hotels. To increase the MRP of goods to be sold in ‘selected channels’ they change the net quantity.

Team Softcopy went to a few of these places and found that retail shopkeepers at major bus terminals and railway stations in the city are selling packaged food at higher prices, and these commodities only had a slight difference in the net weight to ‘justify’ the unreasonable increase in their MRPs.

Many people have filed complaints against these manufacturing companies on various online portals like consumerhelpline.gov.in and consumercomplaints.in, among others.

Ganesh, a consumer at City Railway Station, said, “I was hungry and wanted something to munch on before I could I go for dinner. I went to one of these shops and asked for chips and a cold drink. It was highly overpriced, so I went to other shops to check the price. Finally after realizing that all of them were selling at a higher price, I bought it. I did not realize that there would be a huge difference in price but not quantity. It is so unfair that we have to pay more for almost the same quantity of food at some crowded sites. These companies are taking undue advantage to make profits.”

Some customers have even clicked pictures of the same commodities, being sold at two different locations at different MRP with a slight change in the net quantity.

Satish Kumar, a shopkeeper at the bus station, said, “I have no idea about this net quantity. I just sell the goods which I receive from wholesalers. All the retail shops at the bus station are selling these commodities at this rate, so I can’t be the only one selling it at a lower price.”

The Union Ministry of Consumer Affairs banned the dual MRP policy—a practice through which sellers charge a higher MRP for their products in certain locations. The order, which came into force on January 1, 2018, states that companies are not allowed to charge a different price for water, soft drinks or snacks at premium locations. The manufacturers manage to bypass this law by altering the net weight of different products.“As per the Legal Metrology Package Commodity Rules 2011, dual pricing is not allowed. A few companies have come up with these unfair practices only to evade the law against dual MRP. Manufacturers have come up with this smart way of bypassing the rules to make profits. We have now initiated discussions to make new amendments in order to bring such violations under the radar of the law that protects customers against dual MRP,” said, Bhaskar Rao, Assistant Controller, Legal Metrolog Department.

According to Packaged Commodity Rules (PCR) 2017, one price, one product policy is aimed at protecting consumer rights. Manufacturers were given time to stop producing the same goods with different price tags and bring uniformity in MRP.

David Sam, Pepsico dealer from Bangalore, said, “We get different cans and bottles for specific locations, like the 330 ml cans are for restaurant franchises and cannot be sold elsewhere. There are specified quantities, and MRPs for specified locations.”At these restaurant franchises all packaged commodities, including water, are priced higher. A 500 ml bottle of Aquavess (manufactured by the makers of Aquafina) is sold at Rs. 30 at these franchises, with a banner that says: ‘for sale in select channels only’. Usually, same quantity of water is sold at Rs. 10.

Chetan L. Hanchate, Director,Centre for Processed Foods, said, “MRPs are decided by the manufacturer and not by the government. Manufacturers are free to specify anything, so these companies change the net quantity to justify the change in price. Consumers must be aware of these laws related to the pricing of processed foods, because most of the time, buyers do not pay heed to the quantity and price of goods they purchase.” 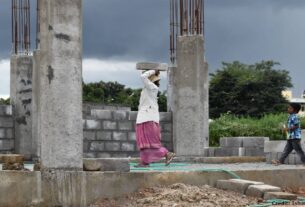 Women’s unemployment spikes up by 340 percent 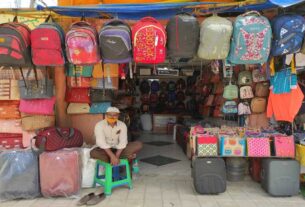